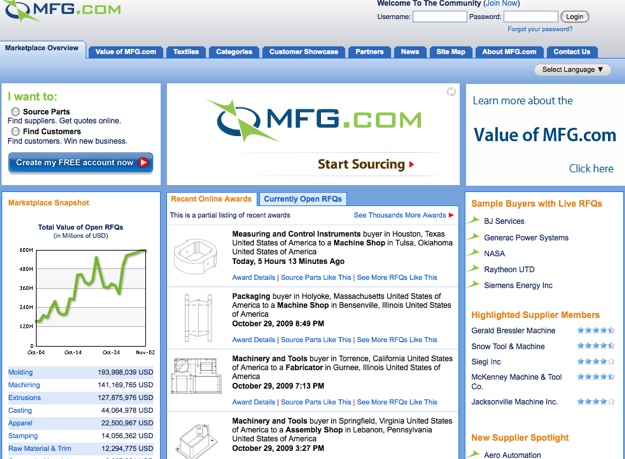 Site redesigns always take longer than expected. But in the case of manufacturing marketplace MFG.com, a major overhaul of its site ended up taking three years. “The whole team has felt as though we were hand-cuffed for the past three years and couldn’t execute on all the great ideas,” MFG.com founder and CEO Mitch Free tells me.

But now those cuffs are off. Last night, MFG.com opened up its brand new site, redesigned from the ground up. MFG.com is a surprisingly successful B2B marketplace for sourcing manufactured parts, with more than $600 million in outstanding requests for quotes on the site (which is up from $50 million less than two years ago). Jeff Bezos and the German Samwer brothers are investors, as is Fidelity Ventures.

When Free launched the site way back in 2000, he built it on an older version of ColdFusion because it was fast and cheap. It’s amazing the site lasted so long on such outmoded technology, given its growth. Only now does it finally have a modern architecture, built on Java and designed to scale. The new architecture will now also be able to support third-party developers via APIs, which companies can also use to integarte MFG.com into their existing business and ERP systems.

Most of the changes to the site are on the backend. MFG.com finally integrates its 2006 acquisition of Sourcingparts.com, which will allow Free to to pursue a Salesforce.com-like strategy in the supplier relationship marketing (SRM) industry, and tie that to his marketplace. Instead of selling SRM software to manufacturers for $100,000 a pop, he is offering the same software over the Web on a much cheaper subscription basis.

The new site also now supports multiple languages (English, French, German, Italian, Spanish, Portuguese and Chinese) and 50 different currencies. The big growth market for MFG.com over the past few years has been China, connecting global product companies with Chinese manufacturers. Now with local languages and currencies, Free wants to go after the internal Chinese-to-Chinese market as well. “Previously,” says Free, “the MFG.com platform was only in English and we were only attractive to Chinese companies who were fluent in English and export oriented. We anticipate a significant amount of China to China business to begin happening on the platform that is virtually non-existent today.” Watch out, Alibaba. 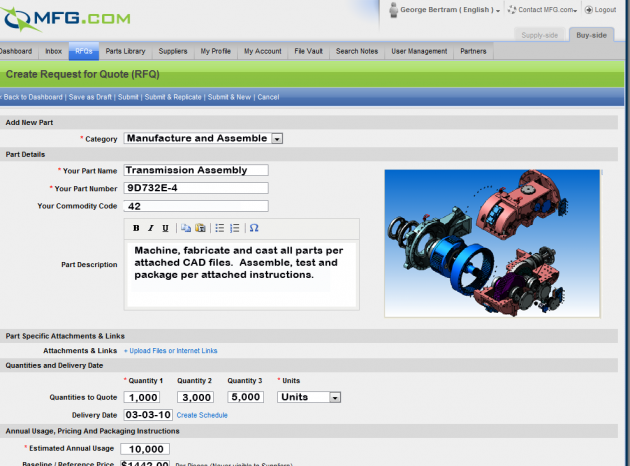