100,000. That’s the number of iPhone apps that have been approved to be sold on Apple’s App Store. So how the hell do you decide which ones to buy? Well, you could surf through the App Store’s featured list, but that means you’re only buying the ones Apple wants you to buy. Or, you could scour through the App Store’s Genius recommendations – which are still not perfect in my opinion. To help you with this problem, we’re going to create a “best of” list of the iPhone apps we enjoyed the most each month.

The first edition is for October 2009. Admittedly, this one doesn’t have as many indie apps as we would like, so we’re going to provide every developer with a way to get on the list. To submit an app for our “Apps of the Month” list, send details of your app (and, preferably, a review code) to gaganATcrunchgearDOTcom, and I’ll check them out. To be fair to you, I promise to download and test every app I get. In the meantime, hit the jump to check out this month’s list: 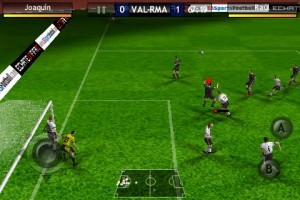 This is my iPhone Game of the Month. There just isn’t a better full-fledged sports game (not including racing games) on the App Store. Fifa 10 takes one of the great EA Sports franchises and executes it on the iPhone extremely well. The gameplay is what differentiates this from Gameloft’s Real Soccer 2010 [iTunes link], a popular soccer series on the App Store. I was addicted to Fifa from the moment I picked it up and loved the way the game flows. From spin moves around defenders to lob shots over the goal-keeper’s head, EA does a great job of providing users with an arsenal of moves that helps Fifa 10 maintain longevity. The game is also easy enough to pick up and play, and has a large set of features such as Manager and “Be a Pro” mode that make it worth the $10 price tag.

Downsides include the disappointingly average graphics and somewhat sticky control pad. Furthermore, the game doesn’t have online play – it only has local multi-player. Would’ve been great to go head-to-head with other Fifa players on the internet. Finally, there are some bugs that irritated me. In Manager mode, for example, my lineup changes didn’t save for the entire season so I had to keep changing my starters before every game. Regardless, this game is a definite winner and tops our list of apps of the month. 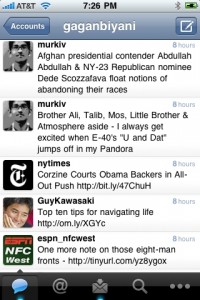 I finally got sick of TweetDeck for the iPhone’s constant crashing and decided to switch to atebits’s Tweetie 2 after reading our MG Siegler’s post earlier this month. No complaints here. It’s got everything you could want from a Twitter client – easy re-tweeting, up-to-date tweets, and follow/un-following isn’t overly complicated. Furthermore, it doesn’t crash or freeze. I don’t tweet as often as others, but I love Twitter’s ability to provide me with up-to-date news and information. Tweetie delivers on that front, too, with a great in-app browser interface that makes it easy to bookmark, retweet or e-mail links. The real-time search is another great feature. Definitely my new iPhone Twitter client of choice.
You can follow me, @gaganbiyani, here. Follow the rest of the Crunch Family here. 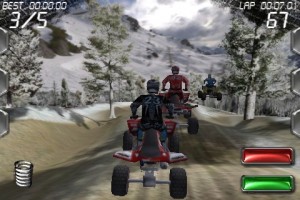 From the guys who brought you 2XL Supercross, 2XL ATV Offroad offers a great 4×4 ATV racing game for the iPhone. The graphics are superb, with sharp environments and detailed vehicles. Furthermore, the X-games-style blend of in-air tricks and ATV racing is an awesome combination. Not only do you get a racing game, but you also get an addictive and challenging freestyle mode where you can jump, flip, and spin your way to a high score. I couldn’t stop until I got gold in every single level. That said, the price is a bit high at $8, and it still doesn’t have the realism of other racing games on the iPhone. 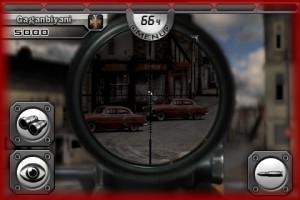 Com2Us first got on my radar with the best online multiplayer game I’ve played on the iPhone, Homerun Battle 3D [iTunes link]. It was also featured on our David Diaz‘s list of Best New iPhone games. Sniper vs. Sniper follows the same concept: it’s a multiplayer sniper game in which you take on opponents in a series of different environments. It isn’t quite as good as Homerun Battle 3D, but it is a very impressive online multiplayer iPhone game. The controls are simple: you tap to shoot and use the accelerometer to aim. The only gripe I have is that the accelerometer can be hard to calibrate, so sometimes I was literally moving tilting the iPhone towards the ceiling in order to hit a target. 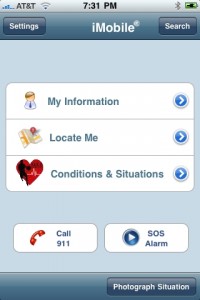 Robin Wauters said it best when he introduced this app on TechCrunch: “This is one mobile application I think everyone should have installed. And be recommended by them to all of their friends and relatives to boot.” Basically, iMobile Care is an app that may save your life. I think it’s unlikely, but why wouldn’t you save a slot on your iPhone and spend 2 bucks to provide yourself with a small insurance policy? Essentially, iMobile Care provides you with self-help information for a slew of potential life-threatening (and other emergency and non-emergency) situations. The app from Visionsync Inc provides advice for when a person is in a car accident, having a heart attack, back injuries, choking, drug overdose, and more. I’ll concur with Robin Wauters and say it’s an iPhone must-have. 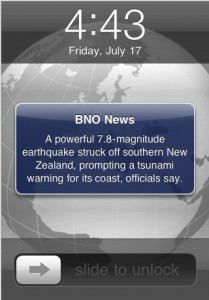 I already follow Breaking News Online on Twitter to get notifications about important news items such as major earthquakes, political news and other international and national updates. So when BNO News first launched its iPhone app, I wasn’t that impressed. This update, however, sold me because of one simple addition: push notifications. Honestly, I don’t care for push notifications on most apps. Other than Boxcar’s Twitter/Facebook notifications and IM message notices, I’ve turned push off on all my apps. BNO News might just be the 3rd use for me to utilize push notifications. 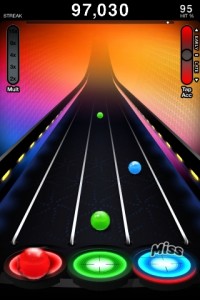 Tapulous has made a killing off its Tap Tap Revenge series, and TTR3 comes in with a new look and feel, as well as in-app purchase. This version is just as good as the others, if not better. Tapulous has put together another App Store hit, and it’s currently #6 on the top paid list. Of course, the song list is stellar (it has been getting better and better since the first TTR), with artists like Dashboard Confessional, Fallout Boy and AFI. I also love the new skin and, of course, being able to buy additional songs within the game is great, because it means that TTR 3 is going to continue to roll out new songs. 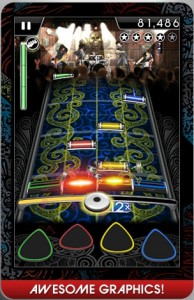 Who doesn’t love Rock Band? It was a drastic improvement over the already-amazing Guitar Hero, and quickly became one of the best-selling video games of recent times. So when we broke the news that Rock Band was coming to the iPhone, it was basically a given that it would make our best-of-the-month list. And it did. Made by EA, the gameplay isn’t quite as good as Tap Tap Revenge, which is the heavyweight music game on the iPhone. Honestly, though, it didn’t matter if the game mechanic was great or not – as long as it worked. What mattered was that Rock Band for the iPhone came with an awesome playlist, including Foo Fighters, Blink-182 and Smashing Pumpkins. Enough said.
It is lower on the list than Tap Tap Revenge 3 due to price; $7 is a bit much.

That’s our list for this month. Tune in next month for the best of November 2009, and don’t forget to e-mail us with submissions. Oh, and feel free to rave (or rant) about my choices in the comments.