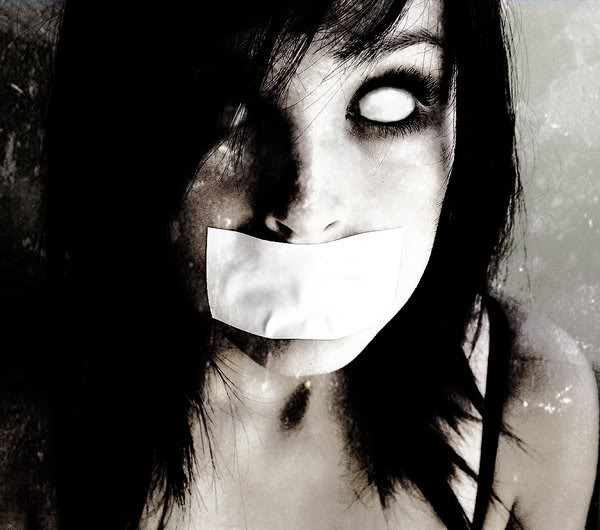 It’s Halloween,  and nowhere more obviously so than in San Francisco.

This is my first 31st October as a resident of the United States and I have to say, the effort you yanks go to in celebrating the ancient Celts’ holy evening is truly astounding. Every corner store, diner, dry cleaners, police station, library and undertakers has embraced the – uh – spirit, adorning their windows with spray-on cobwebs and pumpkins and sparkly witches hats and coffins. (Although, to be fair to the undertakers, the coffins are sort of a year-round thing.)

We celebrate All Hallows’ Eve in the UK too of course, and like most things on our side of the Atlantic it’s just as commercial, albeit with more irony and a better accent. But the real difference back home is that Halloween is an evening – just one evening, not a whole fucking month – aimed squarely at  kids. Here, by contrast, it seems to be something far more grown-up. Something far more – well – creepy.

For the past two nights, the streets around my hotel have been swarming with drunken adults dressed as hookers. Witchy hookers, ghosty hookers, piratey hookers (Captain Hookers?) and even – I’m pretty sure – hookery hookers. And that’s just the men. My hotel is just a rock’s throw from the Tenderloin and for once it’s the actual working girls who are tutting with disapproval wondering what has happened to the neighbourhood. (I can just imagine the adult revellers leaving home and being given a stern lecture from their kids, reminding mom and dad not to take candy from anyone dressed as a slutty Care Bear, lest they wake up the next morning, hungover and bleeding in the back of a van decorated to look like the Mystery Machine.)

But – hell – when in the bacchanalia, right? For the past couple of weeks my Facebook inbox has been filling up with invitations to some of the four billion Halloween parties taking place in the Bay Area tonight, and it would be churlish of me to boycott them just because they’ll be full of beautiful American women dressed – literally and figuratively – to kill. Like most sensible people, though, I’ve waited until the last minute before deciding which to attend. Really, thanks to tools like Foursquare, Twitter and Facebook, there’s no need to plan ahead at all – I can just wait to see where the heat is, and head there.

Indeed, the party scene in San Francisco, probably more so than in any city on earth – except maybe Tokyo and Circuit City – runs on technology. For people like me who love everything about social media, this is definitely a good thing. But it’s also the reason why I’m genuinely worried that when the dark side of our blithe attitude towards sharing physical location finally reveals itself, it will probably happen here.

And what better night for dark things to reveal themselves, than Halloween?

Social media parties turning bad are old news. Every few months the media gleefully reports on parents who leave their children home alone for the weekend, only to return to a major crime scene when their offspring’s unsanctioned house-party ends up going viral on Facebook and being crashed by thousands. There are even organised groups – with bizarre names like the ‘Facebook Republican Party‘ – who scour social networks for party information in the hope of showing up and causing merry hell.

But when something like that happens, the cause is usually the same – the idiot teenagers who organised the party didn’t think twice before posting their address online; much like they don’t think of the consequences when they create a Facebook group to share their new cellphone number. It’s just a question of educating these ‘digital natives’ on what’s appropriate to share, and what isn’t – as previous generations had to be warned about creepy old men bearing puppies. The innocence and idiocy of youth isn’t what worries me – they’ll grow out of it soon enough.

What worries me is the growing idiocy of otherwise mature adults, particularly when it comes to location.

In the past month or so, I’ve had conversations with two friends who have organised private parties at their homes for small groups of friends. In both cases the hosts created online invitations but sensibly ensured that any date and location information was only visible to invited guests. Yet within minutes of the first guests arriving, they were alarmed to discover that all of their privacy efforts were for naught. Their guests – their friends – had used Foursquare to check in at the party, thus instantly adding their address to the service’s growing database of highly specific locations.

From that point on, a simple search on the Foursquare site for the hosts’ name provides their full home address, along with a handy map for anyone who feels like breaking in and murdering them in their sleep. To make matters even worse, as more partygoers checked in – all caught up in the game element of this thing, and hoping to become mayor of someone else’s living room – the information was repeatedly pushed out via Twitter. If Foursquare had a ‘Breathtakingly Irresponsible’ badge, there would have been a whole lot of recipients at those parties.

And if there’s one night when you don’t want your address pushed out to the world, it’s Halloween. I remember one year – when I was maybe fourteen – a rumour went around my school that someone had found our much-hated maths teacher’s address in the local phone book. A plan was hatched to show up there on the pretense of trick or treating, but really just to throw eggs at their house, car and – hopefully – head. Of course the plan came to nothing; teachers are rightfully careful about putting their address in the phonebook. Tonight, if I were a teacher who has ever invited a tech-savvy friend to my home, I’d be shitting myself. They might have taken every logical step to stay safe but – like the rest of us – they’re still at the mercy of the most idiotic common denominator amongst their friends.

Over the next few hours, particularly in San Francisco, thousands of people will be checking in at hundreds of house parties. It’s not a huge leap to assume that a decent number of hosts are going to wake up in the morning to discover that their their home addresses have been gleefully, and probably innocently, shared online by their friends.

So what can be done? Obviously a constitutional right to privacy – and statutory equivalent in other countries – would be nice, but it might be a struggle to get the necessary votes before midnight. Also, good luck in enforcing it in any meaningful way when most of the people sharing the information do so innocently, and the damage can be done so quickly.

A more practical solution would be for all sites and services that accept location-based data to copy Facebook’s lead by toughening up privacy options. Location-based sites owe a particular duty of care to their users – and yet currently the only option available to those who find their home address on Foursquare is to flag the venue as ‘closed’ – which deletes it from search results, but keeps it in the database, still visible to users who know where to look.

It would be almost zero work for the company to add a second flag – perhaps titled “this is my freaking HOUSE”  – which immediately deletes an address and prevents it from being re-added without proper verification. Also, given that the problem is usually one of carelessness rather than malice, it wouldn’t hurt to display a warning to those logging in at new venues, reminding them not to list private homes. The fact that Foursquare hasn’t already implemented these basic measures is irresponsible, bordering on shameful.

Really, though, the real answer to retaking control of our own privacy won’t be found in statutory law or in terms of service. In fact, it already exists – tucked away in the small print of the social contract.

Just because you’re addicted to Foursquare, or Twitter, or any other location-driven service, doesn’t mean you have the right to impose your addiction on others. If the party is in a bar, check in to your hearts content – hell, win yourself a badge – but if it’s in someone’s home, put your fucking phone away. You just look like a dork anyway.  If we all started thinking a bit more like friends, and a bit less like attention whores, the privacy problem would be solved at a stroke.

Judging by the gang of Harry Potter-themed hookers who just walked past my window, my attempts to convince America that Halloween is a night for children is too little, too late. But let’s at least leave the boneheaded location oversharing to those who aren’t old enough to know better.