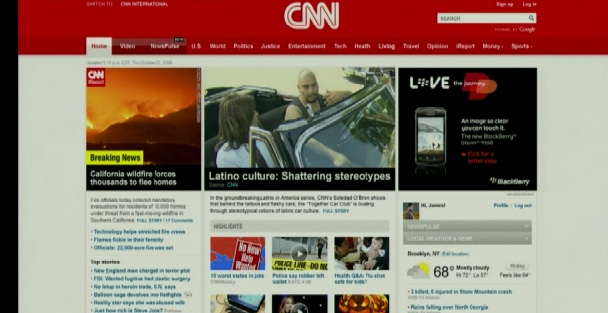 Today, CNN has invited a number of journalists to One Time Warner Center in New York City to witness a preview of the new CNN.com homepage (they’re calling the event “The Unveiling“). The site serves as one of the Internet’s most popular news sites and is also among the most trafficked sites overall, so a major redesign is no small undertaking.

Jim walton, President of CNN Worldwide, kicked off the presentation by talking about how the last time he had taken the stage, it was during CNN’s annual all-hands meeting in January, when he kept receiving questions about layoffs. He recounted that he had said “if we have significant layoffs, I will sit on this stage, and allow all of you to throw tomatoes at me.” going on to say that today, “nobody is going to be throwing tomatoes. He said that CNN had increased its profits year over year, and that it would be ending the year with more journalists than it started with.

The presentation then launched into a slideshow of past CNN designs, beginning with the site’s original launch in 1995. Then Kenneth “KC” Estenson, Senior Vice President and General Manager of CNN.com took the stage to talk about the site’s traffic: CNN.com has 38 million unique visitors every month, 1.7 billion page views, and 100 million video views. 121 Billion total page views all time.

Estenson says there are two reasons to change CNN.com: the site wants to constantly move forward, and it wants to help expose the wealth of content that exists beyond what sits on the homepage. The site wants to emphasize breaking news, and more video, as well as perspective and analysis, and keep it easy to use.

The new site will go live on Monday. 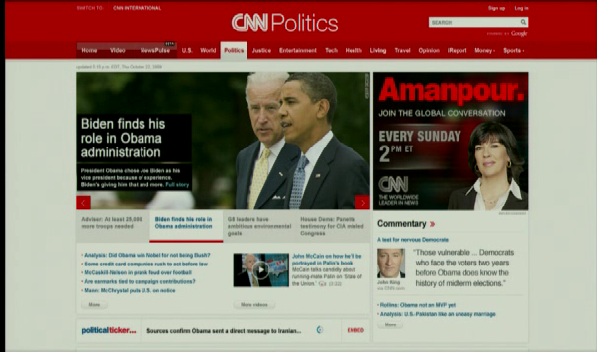 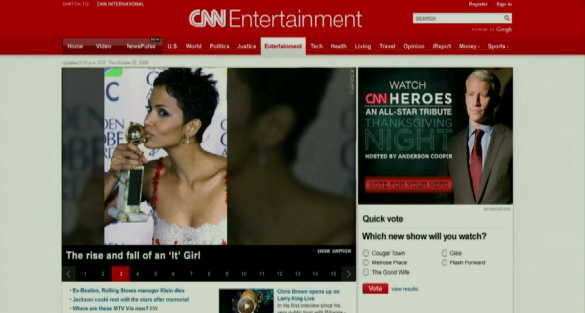 Article pages have been redesigned: 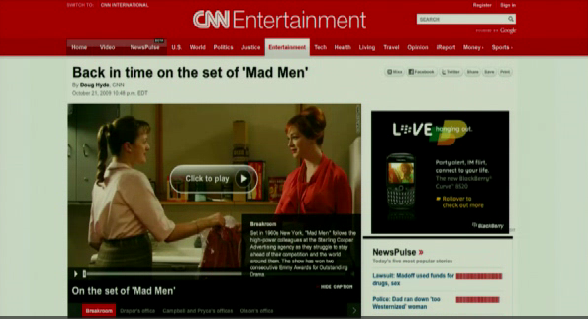 The site also has a more prominent opinion portal, including pieces by David Frum who is a new contributor: 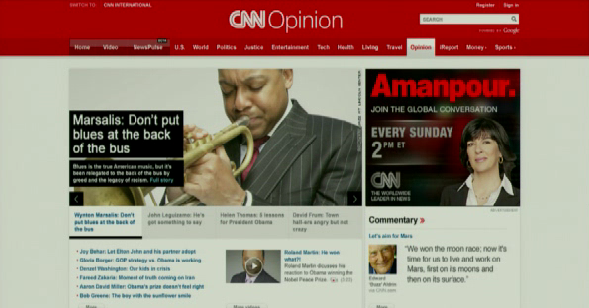 CNN.com is also partnering with TED, and will now feature TED’s talks, which include presentations from some of the world’s most notable scientists, artists, and more. 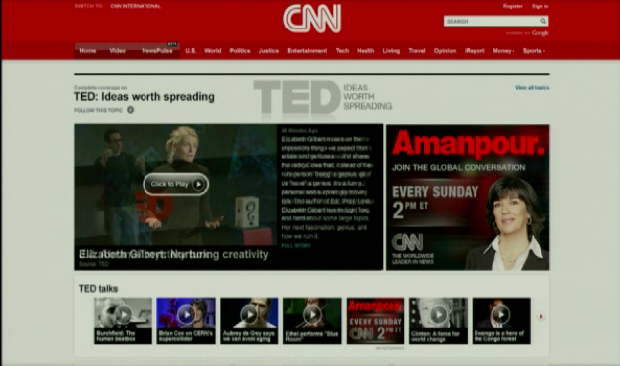 iReport will now be more deeply integrated into CNN’s homepage.

New product called NewsPulse “very early, launching in Beta”. “An iTunes for news” — a listing of all the articles inside of CNN, and you can go in and sort them by popularity, sort my content and categories. Watch video inline. 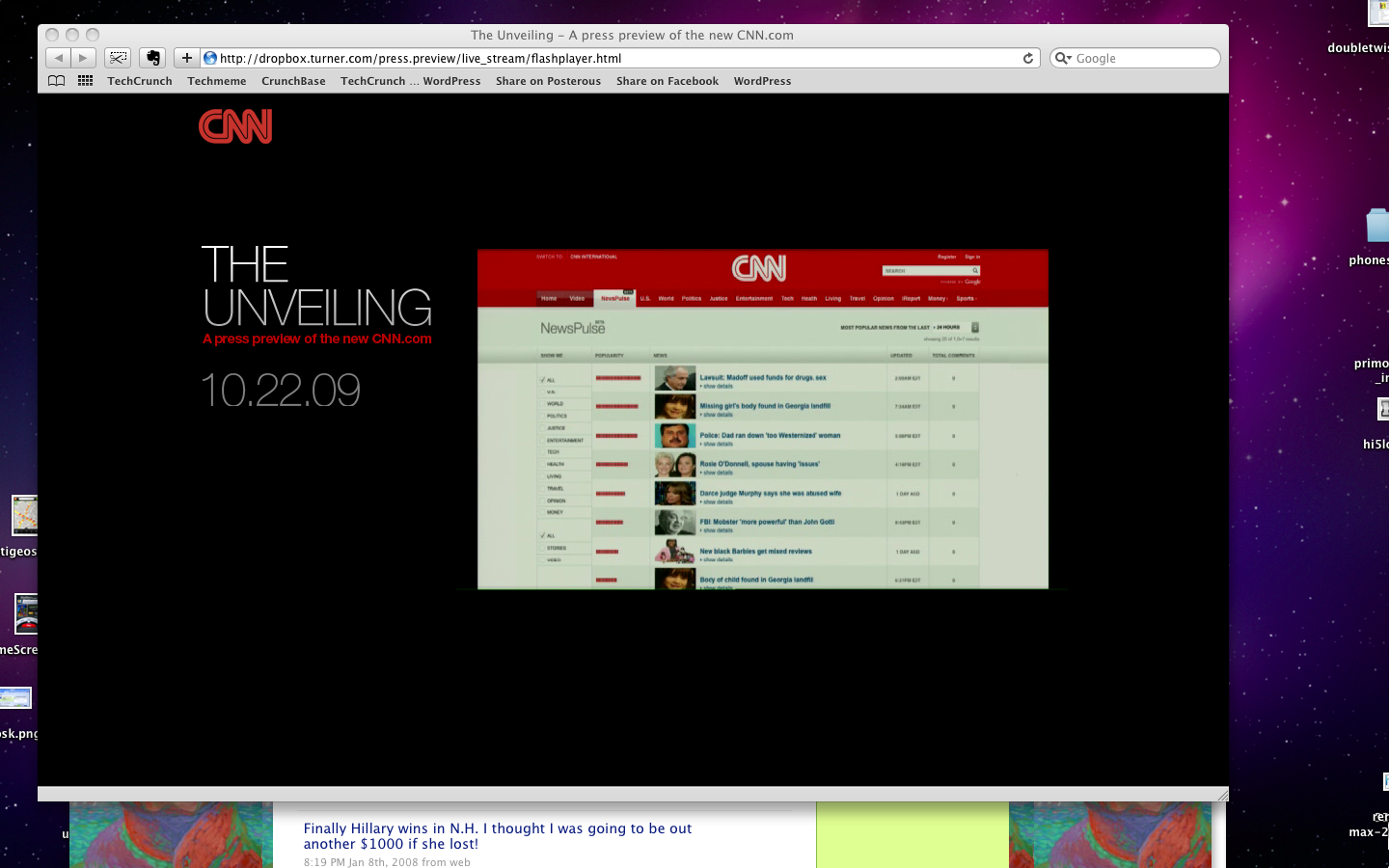 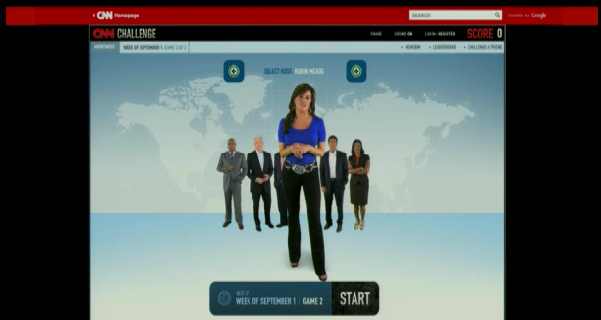 Earlier this year the site did a collaboration with Facebook to do live feed with Facebook stream. Did it again for the Michael Jackson memorial. During inauguration, had 27 million video views (largest live video event ever). Next month they’re doing it again — on Nov. 9th, CNN and Facebook are adding Oprah. At 9 PM that night Oprah will be hosting a book club on CNN.com, with Facebook chat to bring these three brands together. Oprah will be announcing this tomorrow at 9AM on her show.

CNN’s last major redesign was back in 2007, when the site integrated a much broader selection of multimedia content (streamed through a more friendly Flash media player) as well as more ‘Web 2.0’ social features. For more of CNN’s past designs, check out its archive at the Internet Archive’s Wayback Machine. 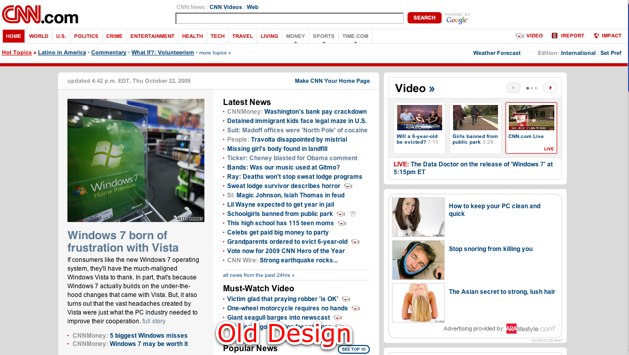