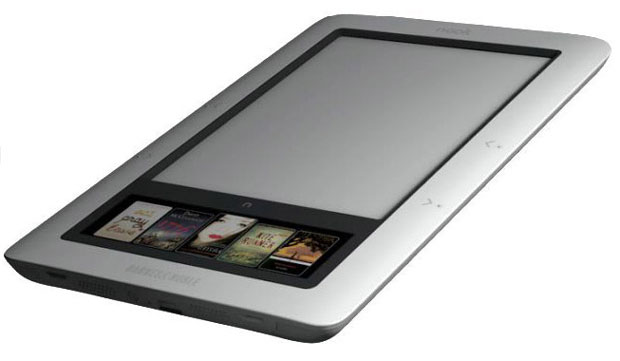 The Barnes & Noble Nook reader is here and boy is it hot. Just like yesterday’s WSJ report stated, it will be available for $259 and sport dual touchscreens along with wireless courtesy of WiFi and AT&T 3G wireless. Battery life isn’t too shabby either with a reported 10 day life off of an 3.5 hour charge. Yeah, you want this. 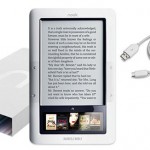 The Nook’s tech specs are impressive – 2GB of internal storage, a microSD slot, MP3 player, micro USB plug, 3.5MM jack and of course, those dual screens with an Vizplex e-ink display up top and a 3.5-inch color LCD touchscreen on the bottom – but it’s the software that’s killer. The device will allow users to share books for 14 days at a time and it’s not just limited to other Nooks. The books can be read on cellphones and computers too. Then there is the standard e-book features like bookmarking, notes, and highlighting. We’ll be on hand later at the official event to see what’s up with the dual screens.

No doubt the Nook takes the ebook reader up to a whole new level of cool, but it’s just too bad that the Barnes & Noble ebook store so far doesn’t live up to Amazon’s selection. There just doesn’t seem to be nearly as many obscure titles available. So if you’re thinking of investing $259 of your money into this new device, why not spend sometime in the B&N store to ensure it has the selection you need. Don’t worry, you have time. The Nook isn’t expected to ship until the end of November.