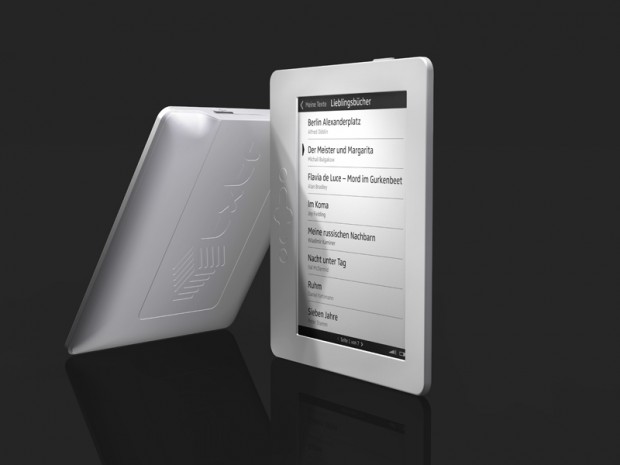 Deutsche Telekom’s e-book reader probably has gone the way of the Dodo, but the Germans are still getting a home-made Kindle competitor. The device, dubbed txtr, was announced at the Frankfurt Book Fair that’s happening  in Deutschland right now, and it will become available in that country as soon as December 1 (as pre-order).

You can download books and other documents via the USB port, Wi-Fi (802.11b/g) or the txtr wireless service (EDGE/GPRS). The reader can display PDFs and books in the EPUB format. Currently, there are over 10,000 books offered in the official txtr store, with about 3,200 of them being English books. It costs $18 per month to access your documents via the web and synchronize web sites with the reader.

When compared to the Kindle, the price for the txtr can’t really be called competitive at this point: $480 is a lot of money. Another problem for txtr: The Kindle will hit German stores as early as this Monday, while the txtr will be delivered to German customers December 15.

A company representative also said a new version featuring a 9.7-inch touch screen is already being considered for next year.