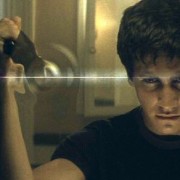 When email was first created in 1965 it was used as a method to communicate between time-shared mainframe computers. Email has rapidly evolved since then, with the evolution of rich desktop clients, corporate email systems and webmail. Despite the evolution in the core messaging system, and despite the explosion in use of email, the default method for accessing and viewing communications has remained the same: chronological order.

The first webmail imitated earlier mail clients by displaying messages in chronological order. The desktop computing paradigm was folders and files, sorted alphabetically. The web paradigm for accessing information has in most cases become chronological order, mostly because of the email and webmail legacy.

A chronological system for indexing information breaks down quickly once the amount of information received reaches a certain critical point. Active users of email constantly moan about the information overload they experience, and the information is only a load because it is difficult to sort through and manage in modern systems. According to the cognitive theory of choice complexity, that feeling of load multiplies with each incremental increase in choices and decisions having to be made. In the email world this leads to a complete breakdown, and the trend of email bankruptcy (deleting all email and starting again).

Chronological order became more common on the web as social networks, such as the Facebook, blogs, feeds, feed readers, FriendFeed and services such as Twitter designed around the same paradigm – leading to most recent being most important. Some call it real-time, others call it information overload.

A default view of chronological order presents a natural barrier to the number of information sources that can be managed effectively (Scoble somehow broke the barrier, he is an exception). With only a few dozen feeds, a hundred or so emails a day and following one hundred or so people on Twitter, I find myself constantly behind and not being able to manage. When I am reading these sources, I find myself simply scanning for what is most relevant and most important – for eg. I will quickly reply to an email from a co-worker, while leaving others to slowly creep into the abyss of my archive.

Chronological order needs to be abandoned in favor of relevance. Without relevance, our ability to manage large sets of information is inefficient. The technology for relevance exist today, for eg. spam filters are able to tell us what we definitely don’t want to read. Real world information retrieval and organization is based on relevance, either what somebody else believes is relevant to us, or what we decide is relevant. Newspaper stories are not laid out in the order that events took place and libraries do not catalog their books in the order they were published.

Web applications that present relevance over chronological have proven to be popular. Techmeme hacked RSS, and instead of reading 50 feeds I can have Techmeme read 20,000 for me. Community-powered sites such as HackerNews are similar, they float up the latest content based on what a like-minded community finds interesting. The TiVo hacked television by taking chronological out of the picture and applying relevance.

Email applications have attempted to hack what is essentially relevance into the traditional chronological order. Old desktop email clients introduced folders and filters. Gmail introduced labels, adding a star to a thread and grouping multiple emails into a thread. Yahoo Mail attempts to highlight emails that it believes are from people close or important to you.

I hand over a lot of information to the applications that I use every day, but I am getting nothing in return (other than ads that creep me out). Every time I click a ‘like’, or I re-tweet, or I bookmark a page, or I spend time reading a post, that information can be stored somewhere and used to figure out what information is most important to me. I would happily exchange that part of my privacy for the ability to save a few hours each day and the pain of having to personally sort through all this information.

The ingredients for a personalized aggregator of all information exist today. A working solution would allow me to funnel far more data into my stream, and to not only discover more, but become more efficient. The second by second and minute by minute chronological order paradigm is broken, and like QWERTY, is a legacy from a world where systems were not smart enough to determine relevancy and real networks did not exist.