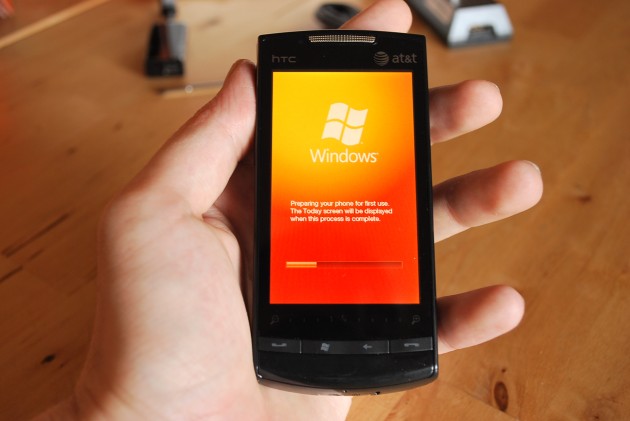 Windows Mobile 6.5, we wanted to love you. We wanted you to come along and wash away the past, whisking away all signs of the antiquated 6.1 we’ve grown so tired of ragging on.

We went into this review with the full hopes of emerging with a generally positive outlook. Sorry, Windows Mobile 6.5 – it’s just not going to happen. 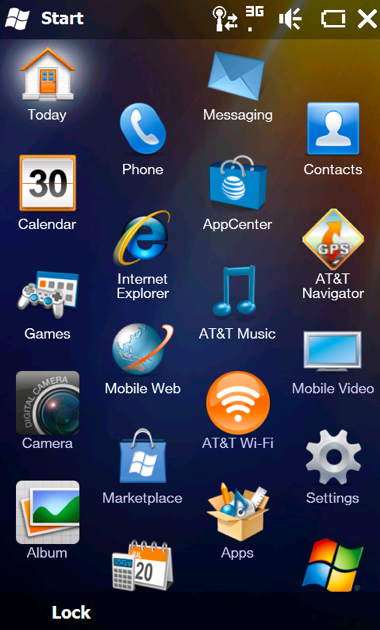 Take a Buick Lasabre. No, no, not a cool one from the late 1950s. Take one from the early 90’s, like the ones they use on cop shows. Now, strap a spoiler on it. The Lasabre is Windows Mobile. The Spoiler is all of the stuff 6.5 brings.

6.5 brings along a handbag of wonderful new features, and proceeds to strap it on top of the same hot mess we’ve known for years. The most shining example of this is in the overall design: a very small chunk of the operating system (namely, the home screen and the start screen – more on those later) has been overhauled for finger-friendliness. If you actually want to do anything, however, you’re straight back to using the stylus. Want to type? Stylus. Want to navigate the settings screens? Stylus. Want to do just about anything outside of launching an application? Yep – grab that stylus.

For reference, we tested Windows Mobile 6.5 on two versions of the HTC Touch Diamond – one without carrier branding, and the other as AT&T’s Pure.

Windows Mobile 6.5 isn’t without it’s tricks. Here’s some of what it brings to the table: 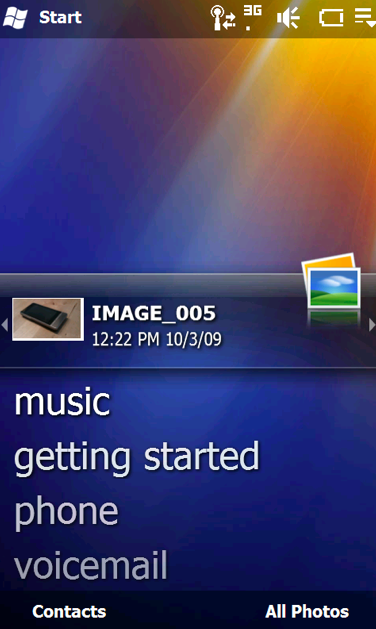 As mentioned above, two major UI elements have seen changes here: the Start screen (where all of your apps are kept), and the Today screen (the first screen you see whenever you go to use the phone). Compared to Windows Mobile 6.1, both are wonderful, wonderful improvements. Compared to any other phone, it’s still pretty terrible.

First, the design flow itself. We’ve shared this phone with a few mobile newbies, primarily to see how quickly they could pick it up. Each and every one of them was initially confused as all hell by the Today screen/Start screen setup, thinking that they were just two versions of the same thing.

Nearly all of the competition has moved toward making applications the priority, putting them in full view as soon as the phone is unlocked. Windows Mobile is built around this idea of having a “Today” screen that serves as a launch pad, tucking the majority of your applications away in the start menu. People seem to be expecting the flow they’ve come to know from other handsets, and thus interact with the handset accordingly. This, of course isn’t Windows Mobile’s fault – but it’s worth noting: nobody we shared this handset with found themselves immediately comfortable. It is by no means intuitive. You can hand a friggin’ child an iPhone or an Android phone, and they’d figure it out in a few seconds.

“But no!” cries the WinMo crowd, “Windows Mobile isn’t made for children or lay people! It’s made for the business folk!” No. The complexities of this interface by no means improve its usability for anybody, much less those using this for business.

We can sum up the entire problem by pointing out one flaw: Let’s say you want to move an application in the start menu. You tap-and-hold an icon, expecting it to allow you to drag it to a new location. A menu pops up, with just one option: Move to top. You can not rearrange icons manually here. At all. If you want to move one icon to a specific location, you get to move every other icon arround it. This is an incredibly obvious use case, and it was not addressed. This lack of foresight extends throughout most of the OS. 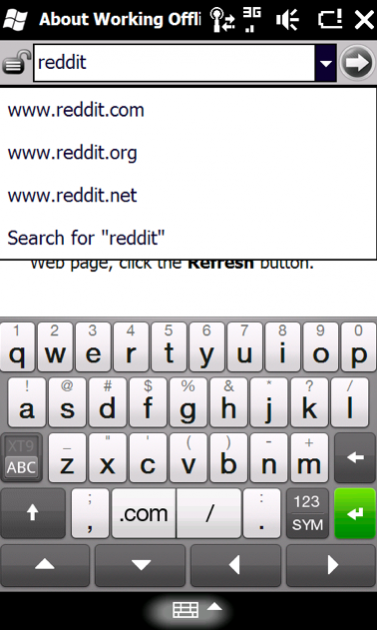 Look – in a market now completely flooded with touchscreens, a huge chunk of which do not tote a physical keyboard, there’s one thing you need to make rock on your handset – or in this case, your OS: typing.

Typing on Windows Mobile 6.5 is an absolute miserable chore. How bad? Every time we sat down to review this thing, we got so frustrated with the keyboard that we had to stop. We. Hate. This. Keyboard. Typing on this keyboard is like sewing with your feet. Even with a stylus (do not even TRY typing without the stylus. You can not. Your fingers will hit every button except the one you intend to hit), an awkward lag between letters and the overall clunkiness made us want to rip out our hair. If nothing else did it, typing in Windows Mobile 6.5 immediately killed the entire OS for us. 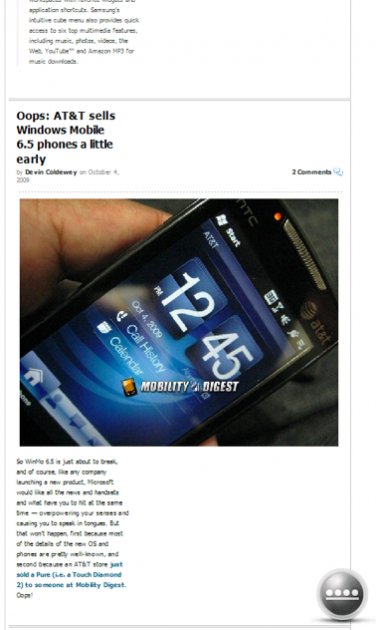 No. It still sucks. Yes – it’s marginally faster than it was before. Hell, we could probably say significantly faster and not be lying. It even adds smooth panning and scrolling! But it’s still a hot, hot mess. Pages render incorrectly, pages stall. The interface feels like it was designed by someone in 2002 taking a good guess at what would be popular in 2009. One good thing we can say about it: we’ve yet to see the browser crash, which inherently means it’s a big step up from the last iteration.

Immediately after testing, we bolted straight back to Opera. Fortunately, HTC was nice enough to provide Opera right on the handset. Other manufacturers, pay attention – you’ll probably want to do the same. If your manufacturer didn’t think to provide you an alternative, get to it quick. The only time you should spend in Mobile IE 6 is the time required to download another browser. 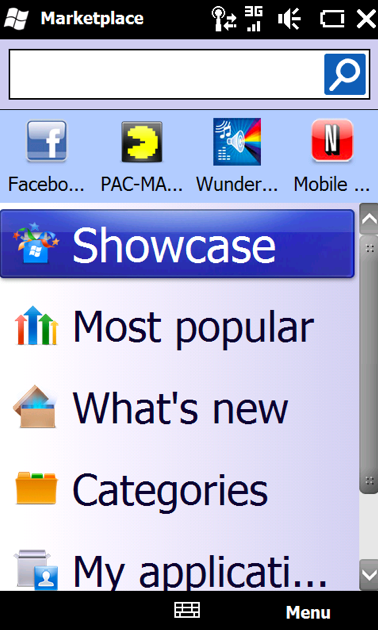 We’re only going to touch on this lightly, as this isn’t a 6.5-exclusive feature. While it’s making its debut on 6.5, it’s expected to roll out to 6.1 and beyond in the coming months.

To be honest, yes. It’s one of the few places that Microsoft didn’t.. well, that they didn’t screw up horribly. The interface in the Windows Mobile Marketplace is an obvious attempt at replicating the Zune-esque UI of the homescreen – and while they sort of fall short in the aesthetics department, it’s generally good elsewhere. They’ve only got a few hundred apps, as far as we can tell – but considering that it’s day one and Windows Mobile has had a few thousand apps available through other means for years now, we expect that number to rocket.

All account purchases are handled through your Windows Live ID, and can be charged to your credit card or, theoretically, your carrier bill. As far as we know, however, no carriers are currently supporting it. 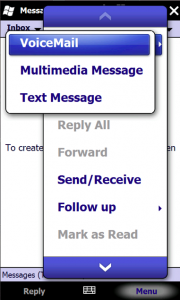 Windows Mobile 6.5 is a spit and polish job on 6.1 – nothing more, nothing less. It’s a means of holding people over until Windows Mobile 7 – at least, we hope that’s all it is. Every single change in Windows Mobile 6.5 feels like it was made by a team of homebrewers or modders, rather than a huge corporation with truckloads of money to blow on one of their flagship products. Absolutely NONE of it seems like it was made with the rest of the OS in mind; one screen will be finger friendly, the next will require a stylus, and then back. One will be packed from edge to edge with gorgeous gradients, and the next will fall back on WinMo 6.1’s terribly archaic visuals.

If your manufacturer offers an upgrade path from 6.1 to 6.5, take it. The changes, while somewhat trivial and not executed nearly as gracefully as they should have been, do improve the experience.