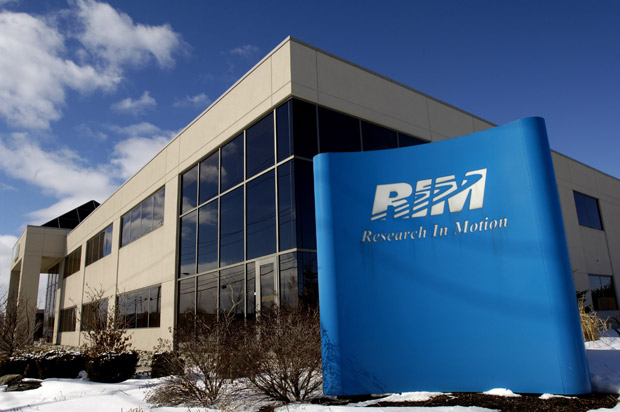 If only those were storm clouds, we’d have quite the metaphor going!

Poor RIM. One or two analysts lower your stock rating from “buy” to “neutral” (or the equivalent), and then your stock drops some 16 percent. You know who to blame, too: it’s those busybodies at Apple and Palm, what with their iPhones and Palm Pres eating into your bottom line. (Never mind that your own “iPhone killer” was sorta meh.) What is RIM to do?

That’s the basic scenario that’s been playing out over the past few days. A couple of those big research firms downgraded RIM stock, and now its stock price isn’t doing too well. Not that a corporation’s stock price will affect our day, of course, but it’s indicative of one things: RIM isn’t doing as well as it’d like to be doing.

So what’s causing the run on the stock? Yes, it’s partially competition from Apple, which, with each successive iPhone OS update, is becoming more and more “business friendly.” The same can be said about the Palm Pre, but perhaps to a lesser extent.

The fact is, the BlackBerry isn’t the only device on the market anymore that gives you mobile access to your e-mail. And if you have a new sales staff of recent grads begging IT to let them use their iPhone on the corporate network, well, there you go.

So where does RIM go from here? Should it keep plugging along with its attempts to make a touchscreen phone, or should it say, “Nuts to this rat race. We’re the king of the QWERTY device, and that’s our market, gosh darn it?” Presumably RIM executives would be using harsher language than that!