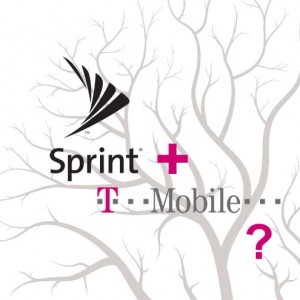 Paying attention, Verizon and AT&T? You might have a new monster of a mobile company (with lots of Android offerings) to deal with if Deutsche Telekom can successfully navigate a deal to purchase Sprint Nextel via its American arm, T-Mobile USA.

After rumors of the German mobile giant’s interest in swallowing up the on again, off again mobile carrier that is Sprint Nextel, shares of the Now Network Co. shot up 14 percent. The theoretical mobile entity, let’s call it T-Sprint, would move past AT&T to become the second largest mobile carrier in the States.

However, there are plenty of eyebrow raising questions to be sorted out before this rumored merger could take place. First, would this help or hurt T-Mobile (a la Sprint’s envelopment of Nextel)? More importantly, as things currently stand, Sprint and T-Mobile operate their own networks that rely, respectively, on entirely different technologies – so, how would the newly formed company integrate these independent platforms?

Finally, and it’s a BIG finally, is there even any possibility that US regulators would approve such a merger? For now, all of us who use (or have investments in) Sprint or T-Mobile will just have to sit back and wait to see if there are any merits to this rumor.