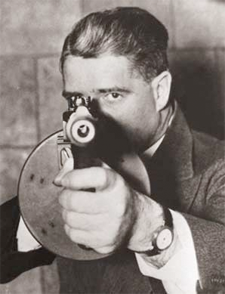 Social game startup Zynga sure does get into a lot of legal fights. Just as they settle down to business with the Playdom you-stole-our-playbook fight, we’ve confirmed that they settled a different lawsuit – one where they were playing defense.

In February 2009 Mob Wars creator David Maestri sued Zynga for copyright infringement. Maestri himself had only recently cleared up his own rights to the game after a scuffle with his former employer, SGN.

The Maestri-Zynga lawsuit has now been settled as well. The rumor was that Maestri was demanding $10 million from Zynga to settle the litigation. Ultimately, says one source, he got a payment in the “high seven figures.” So that implies something like $7 – $9 million.

Wonder why the settlement was so high? It’s hard to believe, but Mob Wars was pulling in an estimated $1 million/month at one point from users eager to upgrade their weapons and other stuff. These games seem silly, but real money flows through them from virtual goods.

Not a bad payday for Maestri. And it also highlights the fact that none of these companies have a completely clean record when it comes to respecting the intellectual property of competitors.