Aviv Refuah, the young CEO of the public Israeli company Netex Corporation, has managed to score a US patent on an internet search option developed by the company he founded that could well force major Internet search players like Google, Microsoft and Yahoo to cough up royalties for future use of the technology.

Refuah, who started the company 12 years ago when he was barely 17 years old, is careful not to overestimate the awarding of the patent and the possible outcome for now, but that didn’t stop the company’s stock from soaring yesterday.

The technological centerpiece of the patent, referred to as ‘www.addressing’, basically allows internet surfers to type a site’s name directly into the address bar or search box and get rerouted to a website straight away, without getting search results to choose from first. For example, if one were to type “techcrunch” in the URL field of a browser, the program would access this site right away without initiating a search query first. Furthermore, the infamous ‘I’m Feeling Lucky’ button on the Google homepage reportedly uses Netex technology that has now been successfully patented in the United States.

According to Refuah, search giants like Google, Microsoft, and Yahoo have been using the program that was developed by his company for years, and now they will have to pay royalties to Netex directly. The patent was first applied for in 1998 and will only expire in 20 years.

In a statement made to Ynetnews, Refuah says he has huge plans for the company, which is mostly known for operating Netex, a leading Israeli Internet navigation service that the company claims has captured over 50% of the market. He remains cautious about making claims regarding potential profits gained from the patent but adds that he has a ‘good feeling’ about it.

During the next four weeks Netex Corporation and its legal counsels – experts on American patent, intellectual property and technology law – intend to explore licensing possibilities with all of the major Internet search players.

Investors smell gold already, however. The news made the Israeli company’s stock soar by 144%, increasing its net worth by more than $30 million overnight. 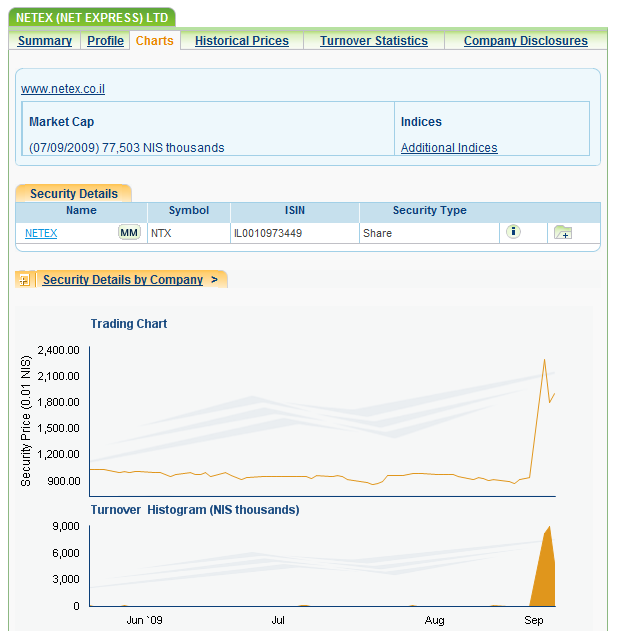