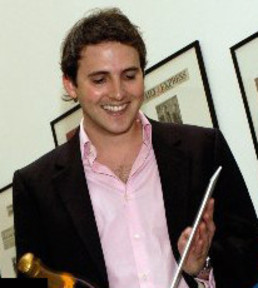 This is a guest post by Tom Allason, founder & CEO of stealth startup Shutl. In 2003, Tom founded eCourier.co.uk – the online courier company with the purple vans and served as eCourier’s CEO from 2004 until 2008, overseeing the company’s growth to £7.5m turnover and 250+ staff (including couriers) and raising £8m in equity funding from angels and a VC. With a professional management team in place, Tom left eCourier in 2008 to found Shutl. Tom serves on the advisory boards of YumShare and BookingBug. Outside of business, Tom is a founding trustee of FoundationStone, a charitable trust that invests in start-up charities.

For my first startup eCourier.co.uk (founded in 2004), getting top senior talent was a long & painful process punctuated by expensive ads and extortionate recruitment consultants. Hiring a CFO cost us around £25k. Hiring a CEO (when I was moving on) cost at least twice that. And even after making the investment, results were far from assured.

For the CFO vacancy, a quirky ad in the FT got us a ton of great candidates… however when push came to shove our short-list saw us as too risky a proposition, especially when compared with what the market was offering in risk-free salary. I enlised my co-founder & CTO and we wined, dined and begged our top 3 CFO candidates… all without success. One seduced by the real-estate boom went to Colliers CRE, another consulted his father who told him it was too risky (he ended up joining 3i!) and the last one said we needed more £ and joined Multimap, which was swiftly bought by Microsoft (he was right on the £ btw). We ended up hiring a recommendation from within our network.

To fill the CEO position (when I was leaving) our board hired a headhunter on a retained search (on insistence of the VC) in order to ensure a hire. From the 5 candidates shortlisted, only 1 wanted the job. Unsurprisingly he got it… on his terms.

We had a relatively high profile business (slew of awards & press), sales in the millions (had been growing at 20-30% per month for first 3 years) AND £2m+ VC investment in the bank… and yet recruiting senior managers was still a challenge. Was it us, or were things even harder for those that were not in as fortunate a position?

Fast forward 2 years… Given my previous experience I was a little apprehensive when Shutl needed a full-time CTO. On paper we were undoubtedly a riskier concern: tiny team, no (finished) product, no clients, no investors, etc… we also did not have the means to pursue either of the former recruitment strategies. This proved to be a blessing in disguise.

We hired a CTO in July and it took 3 months. The process was painful but only because we had to choose from a number of fantastically over-qualified candidates, all of whom wanted the job. Our only expenditure was a £20 TechCrunch Europe CrunchBoard ad.

So what had changed?

Admittedly this was a different (and more exciting) business (well, I would say that). However, this was also a very different market… and there were new tools available to access the market without use of an intermediary.

I wrote the spec, posted the CrunchBoard ad, sent out a link to ads on facebook, linkedin, plaxo & twitter. TechFluff videoblogger Hermione Way and a couple of others possessing 2.0 fan-clubs reposted. I also joined just about every relevant LinkedIn group (and a dozen not so relevant) and posted the job there, as well as emailing out to a couple of entrepreneur lists. Within 2 weeks we had 260 applications. Obviously there was a fair amount of chaff, but not nearly as much as had anticipated.

Not unexpectedly I was also bombarded by recruitment consultants. I treated them all equally and told them: if they had someone that fitted the profile, send me a CV and we would consider, but only subject to my (not their) terms- a copy of which I provided them. I told them that they could not advertise the role themselves and I was not prepared to speak to any of them let alone meet them. Not one dared to propose a retained search.

We filtered CVs and interviewed around 50 NDA’d applicants. This was time-consuming but gave me a great feel for the market- what was out there and what it cost. This also helped me to refine the requirement. It also narrowed the field to 12 who received a disclosure pack (business plan, SDD, code, model etc). After a week to digest, we then sent out an RFP. The responses required some real time & effort and separated out the really serious candidates.

Once reduced down to the final 5 we needed to narrow the field further and asked them where they would come out on tension between salary & options. 2 of our top 3 came out at less than 50% of the salary we had originally been considering (with higher equity packages). At this point we could almost have gone with a reverse auction.

After dilligencing references provided & found (thank you LinkedIn!) and not insignificant umming and erring, we made a very tough decision. Our final few candidates had been CTOs respectively of a well known mobile phone operator, local directory site & top 3 ratings agency. All of them were in their jobs. It was a tough decision because ordinarily I would have been ecstatic with any one of them.

And the candidate that got the job… well, he was someone I had been at university with 8+ years ago (and hadn’t spoken to since). He is based in the US, and saw the posting on LinkedIn. He certainly wouldn’t have come up from any ad/recruiter. His proposal was far and away the best and to avoid nepotism had our Chairman (Simon Murdoch) & tech advisors (Jay Bregman & Glenn Shoosmith) heavily involved in the process. We made the appointment last month and could not be happier.

I admit that a CTO is a different hire from CEO & CFO, however in a tech business no less important. Had I been in the market for either of them I am confident that the same investment and process would have yielded very similar results.

What I take from this experience is:

1. The recruitment industry (in its current form) has been dealt a deathblow blow by social media. Provided content is good and you make a bit of an effort, your audience will find you without a recruiter or expensive ad. To add value a recruiter or ad must be cheap enough & targeted enough to save you the time involved with making good content & effort.

2. There cannot be a better time than now to startup. Repeating what I told Oli Barret yesterday.

“Talent, the most critical factor to a start-up’s success, is the cheapest and most abundant it has ever been.”

3. I probably could have improved my ROI exponentially by not forking out £20 for a CB ad – but at least that created the link which could be passed around by social media.