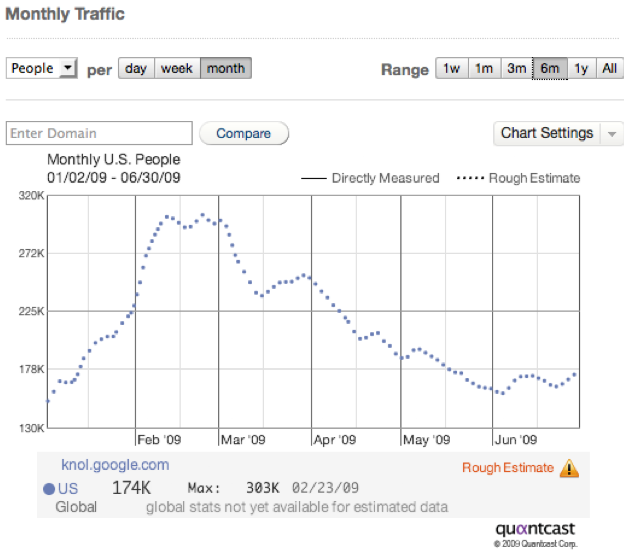 We’ve known for a while that Google’s Knol is no Wikipedia killer, but now the knowledge-sharing site is being reduced to a sad Craigslist wannabe. The original idea behind Knol was that people could collaboratively write definitive articles about any topic they like and get rewarded by earning a share of the AdSense revenues for each page they author. Well, that model doesn’t work so well if nobody bothers to read the articles on Knol no matter how much search karma Google gives them. Quantcast estimates that only 174,000 people visited the site in the past month.

So what do you do if your Knol page isn’t throwing up enough AdSense pennies to make it worth your while? You try to sell a pair of stereo speakers directly to the few lost souls who somehow end up at Knol. Will Johnson, a self-described “professional genealogist and biographer,” decided to share his Knol-edge of a pair of “Bose 2.2 direct reflecting bookshelf speakers for sale”—his own (only $70). In fact, he started his own Knol Marketplace and bookstore.

While selling your junk on Knol is not necessarily prohibited by Google. Knol’s content policy seems to allows for commercial activity as long as it doesn’t drive traffic (and potential ad clicks) to another site. But a group of some of Knol’s top writers who actively police the site feel that it violates the spirit of the service. They don’t want Knol to become another Craigslist.

Sadly, Knol just never panned out. Google should just end its misery, just like it did when it killed other under-performing projects such as Lively and Google Notebooks. Knol will never come close to Wikipedia. It can’t even cut it as a classifieds listing site. 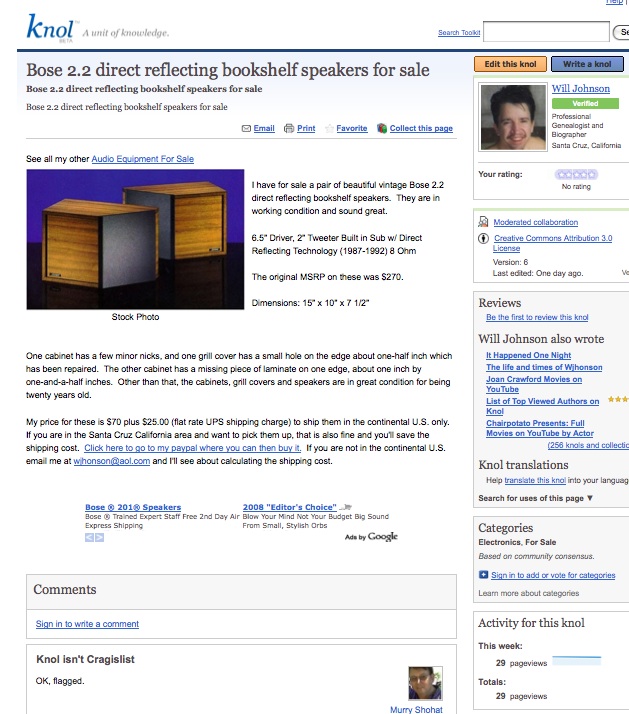