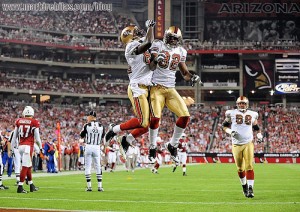 Excited about the NFL streaming live football games on the iPhone? I was, too, until I heard the “but.” Announced today, the NFL has partnered with DirecTV to stream live games via an iPhone app during the 2009 season. Great news if you’re a DirecTV subscribers willing to pay $280 on an NFL Sunday Ticket subscription and a $100 Sunday Ticket SuperFan subscription and be in the right zip code come game time. Oh, and you have to own an iPhone too (duh). For the 0.000000000000000000036% of the population that meets all of those requirements, do a little victory dance. For everyone else, the NFL wants you to take a hike.

As a die hard football (49ers) fan, I am consistently disappointed by the NFL’s inability to do anything right, technologically-speaking. The incredible NFL Mobile Live product, which allowed you to receive real-time updates and video on your phone, was way ahead of its time when it first came out. But, instead of opening the service up to everyone, the NFL decided it would be a brilliant idea to ignore the vast majority of potential users and give Sprint customers exclusive rights to the content. NFL’s fetish with exclusivity continues here, as what could have been a top-selling $10 app becomes just another one of the junk apps the App Store is famous for.