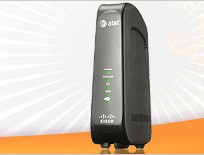 If you live in one of those houses where making a call on your AT&T phone requires standing in a specific corner, knocking three times, and saying a short prayer, you were probably pretty jazzed to hear about MicroCell, AT&T’s broadband-powered cell tower for your living room. When we discovered mentions of the MicroCell in an iPhone update, you probably got outright excited. It seemed like it was just weeks away from launch.

That was February. 4 months later, AT&T has still been mostly mum on the matter – until now. Unstrung caught AT&T network delivery honcho Gordon Mansfield talking up the MicroCell, saying it’s “on track for a full national launch by the end of 2009.” A window of six months? Pah! That’s like a lifetime in the mobile world. There will be 14 new iPhones released by then!

So don’t worry, folks – by the time you have a flying car and a broadband connection in said flying car, you’ll be able to pick up a MicroCell to go along with it.