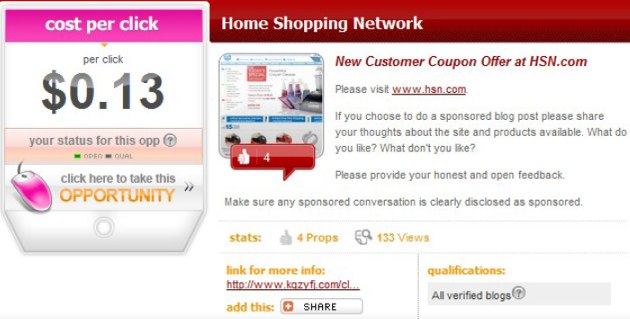 Izea’s paid shilling scheme first launched in 2006 and has evolved from there. But the essence of it is the same: people get paid to shill products on their blogs (and now Twitter). It’s pollution.

Disclosure of the conflict of interest became mandatory for people shilling products in late 2006. But that disclosure is often muddled. For example, people shilling on Twitter need only add “#spon” to the post to satisfy the disclosure requirements.

Most big brands have avoided Izea like the plague. FCC regulations on word of mouth advertising are becoming stricter over time, and Izea is on the front line of this nonsense.

But now brands may be sucked into Izea’s pay per post scheme whether they like it or not. WOMMA founder and spam fighter Andy Sernovitz noticed a number of well known brands, like USA Today, Home Shopping Network, Priceline, 1-800-Contacts, Carbonite and StubHub (owned by eBay) all recently had campaigns running on Izea’s SocialSpark site. It’s shocking that those brands would associate themselves with Izea, so he dug further. And it turns out that at least some of them (and probably all of them) had no idea they were listed as Izea advertisers.

Izea pulled them in through Commission Junction, an affiliate marketing company, via a program they are testing called the Izea Partner Network: “Izea works with third party affiliate and display networks to syndicate unique and exciting offers to the SocialSpark social media network. These opportunities are only CPC and CPA and are largely performance driven.”

All of these ads were quickly taken down. We’ve contacted a few for comment. Carbonite CEO David Friend wrote back “A CJ affiliate was using pay-per-post to try to sell Carbonite and a bunch of other products. This was apparent because the landing page had a Commission Junction cookie on it. We checked a few of the guy’s other “featured” companies and they all had the same sort of affiliate tracking code. Our affiliate manager contacted CJ and cut them off because we don’t allow pay-per-post schemes. An affiliate program requires constant policing because some of these guys will try almost anything and you just have to monitor it very carefully. We have a full time person on it.”

Commission Junction hasn’t responded to an inquiry yet. Izea CEO Ted Murphy responded with “Thanks for reaching out to me. I am a bit tied up. What type of questions do you have? Everything in test right now. Not much to it yet.”

Let’s just hope Commission Junction and other advertising networks put a stop to this test before other brands are hurt. 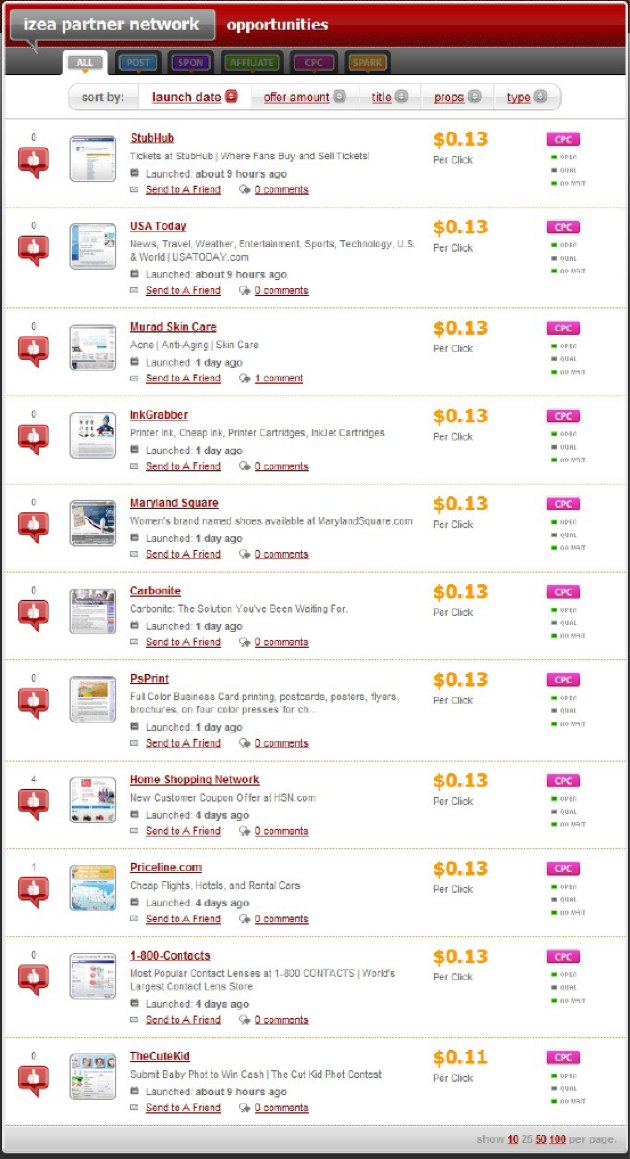