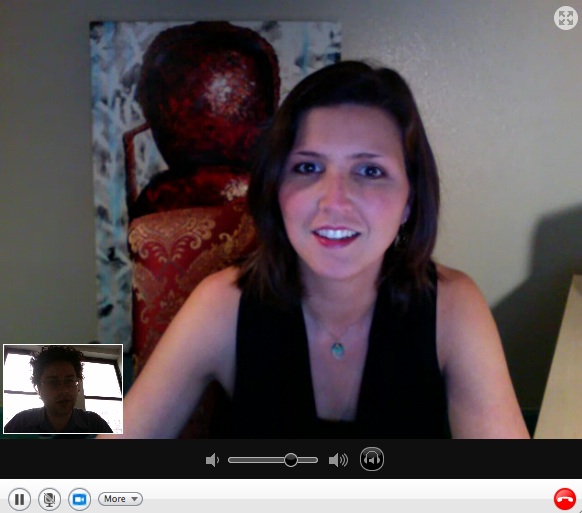 Most men hate to shop. It takes way too much time, we are out of our element, and we end up getting really dorky clothes because we feel like not buying something is an admission of failure. Online shopping is better, but most of us would rather browse through cameras, Web phones, and computers than shirts and chinos (at least I would). Enter the Trunk Club, a new way to shop online.

The Trunk Club gives men their own personal shopper via Skype video sessions who try to figure out what kind of clothes they wear, what is lacking in their wardrobe, and what kind of clothes they might be willing to try. (These are real people, not virtual personal shoppers like Covet). Then they put together about nine different pieces of apparel and send it to the customer in a FedEx box. Once a man (the service is only for men) gets his “trunk” of clothes, he tries them on via another Skype session (he is supposed to change off camera, but I am sure some perv customers will “forget”), gives his feedback to his personal shopper, and then decide which ones to keep. He can return any or all of the clothes at no expense to him. He only pays for what he keeps.

The business model is the same as a retail store. The Trunk Club buys clothing at wholesale and sells it at a normal retail markup. Except that the company has deals with clothing manufacturers which doesn’t require it to buy any minimum inventory. In fact, there is no inventory. Clothes only gets shipped when there is a customer who needs a particular item. It is not a discount service. But the personal shoppers come for free (thanks to Skype and the Internet). Customers don’t pay anything extra for them as they would in a fancy department store. The personal shoppers get a commission based on how much clothes they sell. And the men who are its customers never have to step foot in a store again.

I went through a mock session with one personal shopper from the Trunk Club, Lisa Bruckner. She was very personable and it was fun talking to her. I told her what kind of clothes I wear (jeans or suits, depending on where I am going), what is missing in my closet (polo shirts for summer), my measurements, and other details. Normally, she would then have a box of clothes sent to me and then we would have more back and forth on Skype to fine tune the selection process. But since I was on deadline, I asked her just to send me pictures of what she would have sent (see below). Of the nine items she sent, maybe three of them are things I would actually buy. I’m not really a $48 T-Shirt kind of guy. The Hugo Boss dress shirt looks decent, as do the Penguin Polo, and the pants. But that orange Polo just wouldn’t fly in New York (maybe Palm Springs). I was hoping for better results, but then I am really picky. I am sure that with a little back and forth Lisa would soon be able to hone into my quirky style. However, my wife (who has final say in what I am allowed to wear out the door) was not a fan of the selection, and didn’t like the idea of another woman picking out clothes for me. But she likes shopping, so she doesn’t see the appeal of the service.

The other problem the Trunk Club is going to have to deal with is men who sign up not because they want to spend $572 for a box of clothes, but just because they are lonely and want to talk to a woman over video Skype. (All the personal shoppers are attractive women). There is a whole perv element that these personal shoppers are going to have to learn to deal with, but all they need to do is hang up and block those men from Skype.

The Trunk Club was started by Joanna Van Vleck, a personal stylist who opened up a showroom for her clients in Bend, Oregon. She was planning to open up retail outlets across the country where men could come in for their personal shopping sessions, but her angel investor backed out after the economy tanked. By necessity, she turned to the Skype model and only needed $50,000 in angel capital to get going. She has been in private beta with about 600 customers for the past six months. She now has 21 shopping experts working on commission, and is adding 5 to 6 every month. The Trunk Club’s hybrid approach is both high touch and scalable at the same time. I wouldn’t be surprised if we see more retail concepts like this spring up in different categories, with real people helping you make a buying decision over Web video.

Here’s a promotional video that explains the concept: 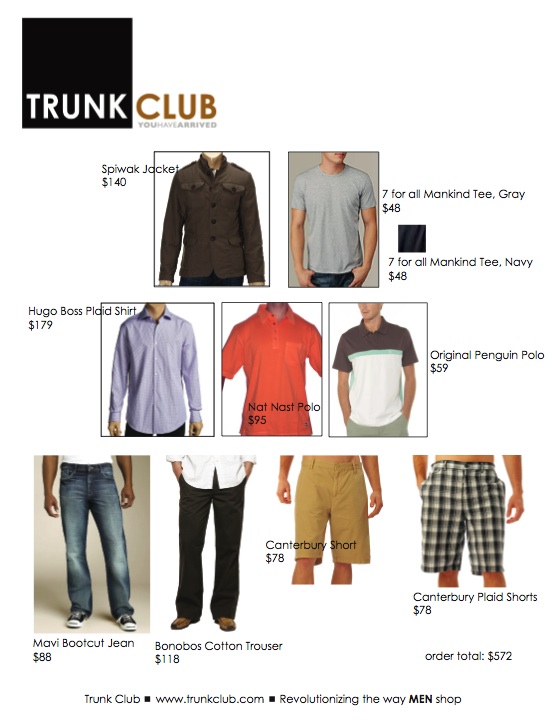