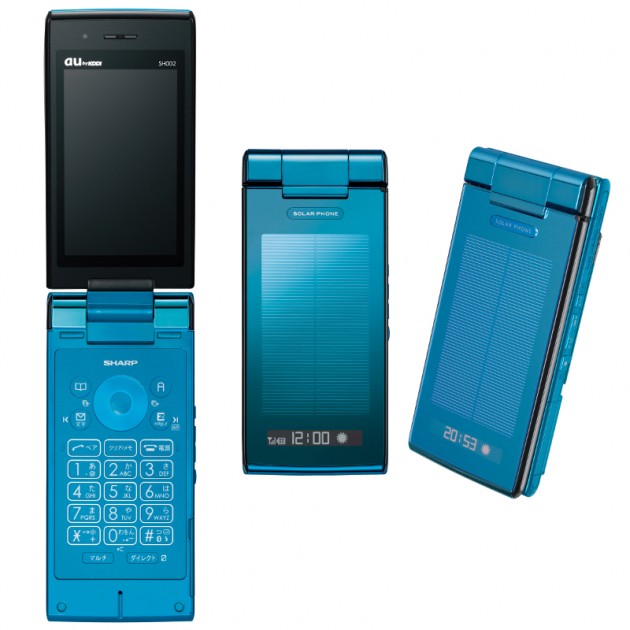 The majority of those awesome Japanese cell phones I keep blogging about unfortunately never leaves this country (at least in legal ways). But this may soon change, as Japan gets older (which results in a rapidly shrinking customer base) and is severely hit by the recession. Especially Sharp seems to now be bullish about bringing some of their cell phones to America and other areas.

The company said yesterday in a press briefing in Tokyo that it aims at selling a total of 4 million cell phones outside its home market of Japan this fiscal year, up a whopping 150% from 2008/2009. During that time period, Sharp only sold 20% of all their cell phones outside Japan (1.6 million units).

Last year, the company entered China with only six models but now hopes to sell 2 million phones in this fiscal year. It plans to start selling smart phones in Europe for the first time in the same time frame. Sharp also announced it wants to release its solar-powered cell phone (pictured) in international markets within 2009.

The company seems to act under enormous pressure. Having aimed at selling 14.8 million cell phones (in Japan and other markets), Sharp in fiscal 2008 only sold 9.92 million units.