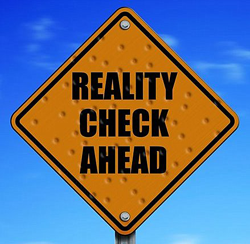 Yesterday developer Rick Strom wrote a blog posted titled “The Incredible App Store Hype“, in which he detailed some of the revenue stats he was seeing from the iPhone applications that he had released (some of which rank on the App Store’s top apps lists), and what other developers could expect to make accordingly. His conclusion? That most of the 36,000 applications on the App Store aren’t selling at all – for many apps, most days go by without a single sale.

Surprised? You shouldn’t be.

As marketplaces go, the App Store has a very low barrier to entry that makes it easy for anyone to sell their wares, which means that it’s flooded with apps. There’s no way Apple could prominently present these 36,000 applications to users without overwhelming them, which means most apps fall into obscurity as soon as they’re submitted. If you can’t find a way to get the word out, nobody is going to find your app on their own.

Now, as someone who regularly likes to cover the success stories of the App Store, I thought this would have been fairly obvious to other developers and have thus failed to insert disclaimers that these cases were not typical results. But the fact that Strom’s post was written seems to indicate that perhaps we need to make this a bit clearer.

So here goes: The App Store probably will not make you rich.

To underscore the point, let’s go over some of the stats presented by Strom. His application Zen Jar ranks #34 on the Social Networking top apps list. And while most of us would probably assume it would take at least a hundred daily downloads to place there, the reality is quite surprising: Zen Jar reached the 34th position with only 30-35 downloads a day (or around $20 a day for a 99 cent app). Similarly, Sprint Board Pro, which ranked 95th in the Board Games section of the store with 6-8 daily downloads. Granted, these aren’t exactly the most popular categories, but If it takes fewer than 10 downloads a day to make the top 100 bestsellers of any category, that’s saying something. 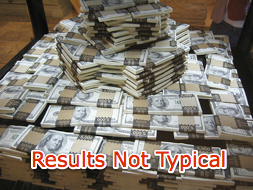 Strom likens the App Store to a lottery, with the time and cost spent developing your application as the price of admission. And I think he’s right in this respect. The thing is, I don’t really see how this differs from many professions where the rich and elite are given heavy media coverage while everyone else toils away in obscurity. This is true for the entire entertainment business, where actors train for years just so they can vie for a limited number of spots. Most writers struggle to have their books published, let alone see them become popular. Basically any job that has the potential to make you rich is going to require a combination of hard work, talent, and luck. Those with lower barriers to entry will see huge amounts of competition. There’s a reason everyone isn’t wealthy.

Strom writes that software entrepreneurs frequently use the “huge successes” of a market to gauge its potential, rather than looking at the average outcome. I think this may be true for some of them, just as some would-be actors venture to Hollywood with the expectation of simply jumping into the spotlight only to find themselves waiting tables at a diner. But I think that most developers understand the risks involved, and how unlikely it is that their app will hit the big time. The same can be said for most of the web entrepreneurs I meet. They may invest many months or years into their work, but they know that the vast majority of new online ventures are bound to fail.

So for all of you iPhone developers who are new to these somewhat discouraging facts of life, I’m sorry if I (and the media as a whole) have failed to underscore the low probability of striking it rich on the App Store. To those of you who keep building things anyway: rock on.