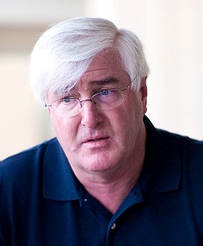 While OpenTable had a very successful IPO yesterday, the IPO market might not open up for other tech startups for at least another year, says prolific Silicon Valley investor Ron Conway. He made the assessment in a video interview with Vator.tv’s Bambi Francisco on mobile startups, republished below.

Questioned on when he sees the IPO market open up again, Conway responds that he thinks we are at least one year away. He’s more bullish on the M&A market picking up again, expressing the hope that this is only six months away.

In the rest of the interview, Conway mostly talks up some of the 130 startups he’s invested in to date, although interestingly he reveals that he’s not on Facebook or Twitter because he doesn’t have the time for any of these services.

Since he’s an early-stage investor in both those companies, that would make Conway the anti-Peter Lynch.

He also claims two of his portfolio companies, Admob and Digg, could one day go public.
But that’s at least a year away.