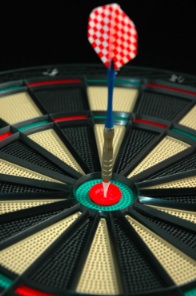 Fotolia, a marketplace for microstock photography and video, is launching PhotoXpress, a free, premier-quality image bank, which will offer users royalty free image licenses for personal or professional use, ranging from Web site design to advertisements and editorial imagery.

Patrick Lor, president of PhotoXpress North America, says the site will feature a collection of more than 350,000 images and illustrations, but Lor’s ambitions are to have close to a million photos available free of charge. Lor, who also holds the title of president of Fotolia North America, recently joined the company. Lor previously helped to build rival and now Getty-owned iStockPhoto, which he helped co-found (Lor left in 2006, shortly after Getty acquired the startup for $50 million).

Lor says PhotoXpress will remain independent from sister site Fotolia, however the two are intricately connected. PhotoXpress members will be able to license up to 10 images daily, free of cost. The images are sourced from stock illustrators and photographers from around the world and span more than 22 categories, including global landscape scenery, photos of people in professional settings, architecture, and generic backgrounds. Only proper attribution is required. Professional ad agencies and firms who might need more than 10 images a day will be sent to Fotolia. In this sense, PhotoXpress is a lead generator for Fotolia. But more than that, it is a way for professional photographers to expose some of their work for free to a larger Web audience, while inculcating a respect for copyrights among Web consumers. It is an attempt to bridge the two worlds, and Fotolia wanted to do this before its competitors did.

Lom says the biggest challenge is convincing the photography world to give away stock photography for free. PhotoXpress is still working out if the site will make any revenue—the obvious revenue stream is third-party advertising on the site, but Lor couldn’t confirm or deny that there will be ads on the site. PhotoXpress’s main competitor is Hungarian site Stock.xchange, which happens to be partly owned by Getty Images. Currently, Stock.xchange has close to 400,000 images to choose from.

At TechCrunch, we often uses Flickr images licensed under Creative Commons for the best choice of images and the ability to publish the images freely. Bloggers will definitely find it helpful to tap into the wide selection of PhotoXpress’s site to find royalty free, high quality images to illustrate posts. This is exactly the right model. Image use is free up to a certain level (i.e., for most consumers, who serve to spread the images around and market them in effect). If you need more, then you start to pay a reasonable, modest amount. 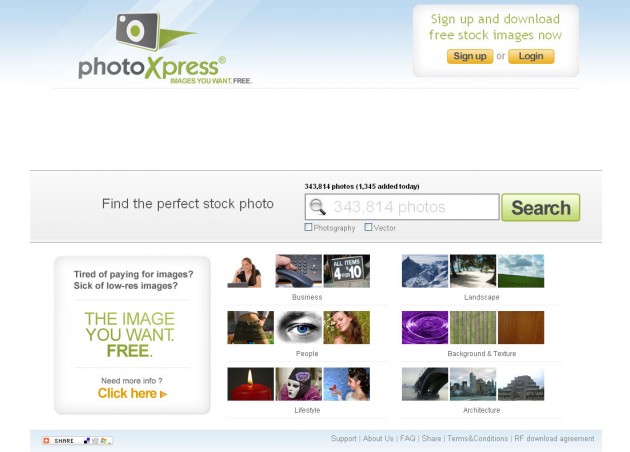