Ex•claim (verb): To cry out suddenly or vehemently, as from surprise or emotion: god, I love social networking!. Ok, maybe that’s a bit much, but if Sprint has its way with this rumored Samsung M550 Exclaim device, that’s exactly what all the kids will be shouting.

Based on these supposed leaked images found in a Sprint Gurus forum, the Exclaim (so exciting!) is to feature a dual-slider (a la Ocean) with a QWERTY keyboard in landscape and a numeric keypad in portrait “mode” and will be available in either jubilation blue or ecstatic pink (ok, so those names are made up, but blue and pink are pictured in the forum).

Rumor has it that the Exclaim is one in the same to a previously leaked Samsung Lucello (see below) that is said to have a 2.6″ QVGA display, 3G (EV-DO Rev. 0), Bluetooth, and a 2MP cam.

It’s also speculated that this excited handset will include “tight” integration with uber popular social networking sites such as Facebook and MySpace (and Twitter, if they really want to get all the kids riled up). The socialite phone will apparently hit the red carpet on June 7, 2009. 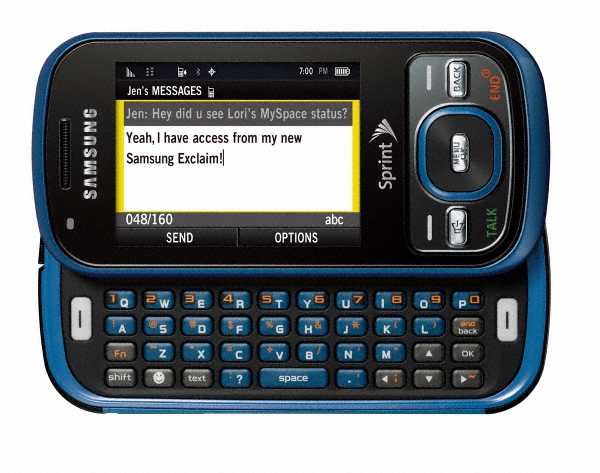 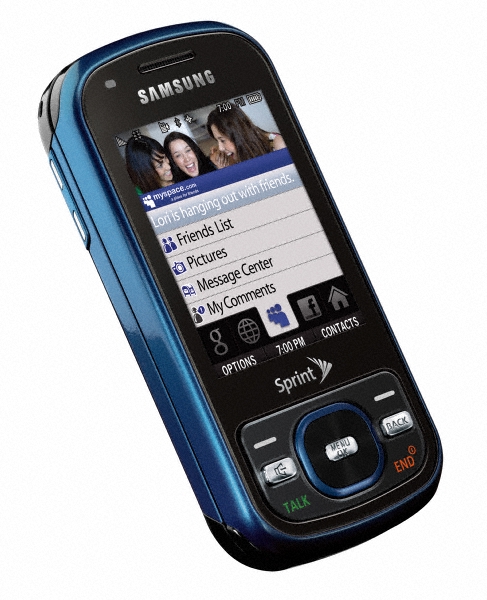 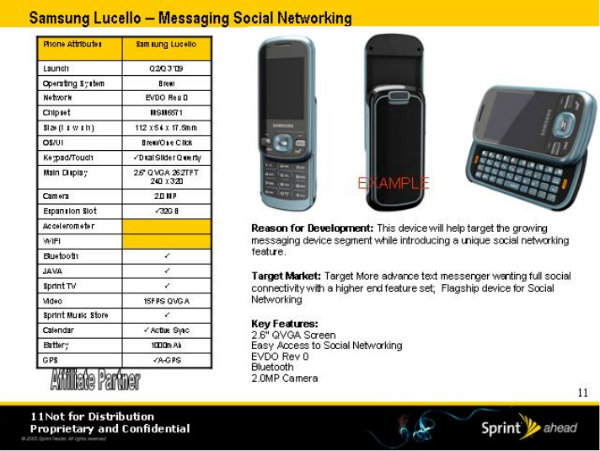