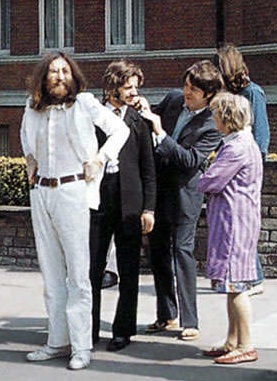 It’s time to get completely off RSS and switch to Twitter. RSS just doesn’t cut it anymore. The River of News has become the East River of news, which means it’s not worth swimming in if you get my drift.

Of course, my friends use RSS, or they used to. Pretty much every blog has an RSS feed, and aggregators like TechMeme spider RSS feeds as well as the original pages on the sites. I’ve wired up TCIT, the Gillmor Gang feed, and my YouTube feed on my FriendFeed, but that’s FriendFeed using RSS, not me. I believe FriendFeed outputs RSS, but I don’t use it.

RSS changed the way we processed information, by turning search into push and content into people. Before RSS, I patrolled the Web for news. Information didn’t exist until I found it. RSS let me identify people likely to write interesting things, and soon I stopped looking and switched to receiving. In this world, partial feeds were irritating, taking me out of my new pristine think tank and back to the hunt and peck methodology. Once back on the site, the goal was to keep me there, or link to partner sites.

This disconnect drove me away from partial feeds and toward the new owners of the blogosphere — the deep information space of those feeds that respected the reader container. From NetNewsWire on the Mac to Bloglines to Google Reader, I swam in the brisk waters of the RSS river, only returning to the classic Web from links embedded in posts or email newsletters. The fulltexters won, and in the process, sowed the seeds of RSS’s decline.

As fulltexting carved out a large percentage of the value of the day’s news, navigating outside the comfortable walls of RSS required some additional value proposition. Comments were that attractor, and particularly the active threads where the readers could interact with the authors. The result: The Statusphere. And in reaction, the need for social management of the ecosystem.

Twitter, Facebook, FriendFeed – whatever they grew from, they morphed into a realtime CMS for the emerging media. Twitter, not RSS, became the early warning system for new content. Facebook, not RSS, became the social Rolodex for events, casual introductions to RSS’ lifeblood, the people behind the feeds. FriendFeed, not RSS, captured the commentsphere. RSS got locked out of its own party.

Today, RSS is a shell of its former self, casually subsumed as the transport for 140+ content into the social stream. There, RSS items are fed into aggregators and husked for their behavioral signals, packaged as Tweets and sold for pennies on the whuffie dollar. The mainstream media, once cowed by the fulltexters, now masquerades as blog sites and competes for shortened URLs alongside the bloggers they deride under their breath.

I thought I’d miss RSS once Twitter took over, remembering how powerful a wave of innovation it triggered. Certainly it’s still here, burned into the circuits of the network, the memes coursing through its veins. But in the age of abundance it fostered, the core value has shifted from inspiration to the inspired, to the people behind the ideas.

The race for realtime is already won. Like the long shot in the Kentucky Derby, realtime has swept past the field as though the rest were sleep-walking. Realtime is the time for artists, for interpreting the stream and sending deeply nuanced signals with humor, music, respect for the dialogue but none for the chattering of the false debates of the cable networks.

This is the world RSS created. Now it needs to gracefully step back, blend into the scenery and find a new home in the rich depth we are looking for amid the noise. Decrying the tumult of realtime is a fool’s errand; it’s like complaining life is short. Instead, as Dylan said: