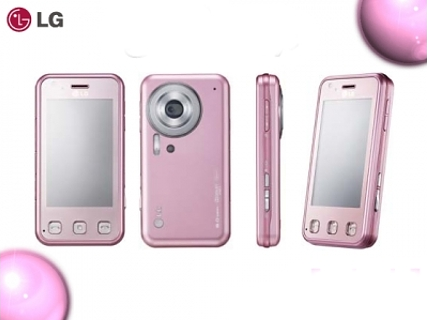 Whoa! A pink phone! We haven’t written about a pink phone in months. It seemed like every company on the planet was re-releasing all of their popular handsets in pink for a few months there – then nothing. Looks like LG wants to kickstart the trend back up.

Because nothing makes old things new again like a fancy paint job, LG is re-releasing the six month old Renoir KC910 in head-to-toe pink. Same specs as before, including the 8 megapixel camera. Unfortunately for pink fans around the globe, this one’s a UK-only deal for now, with availability on Orange, O2, and T-Mobile.