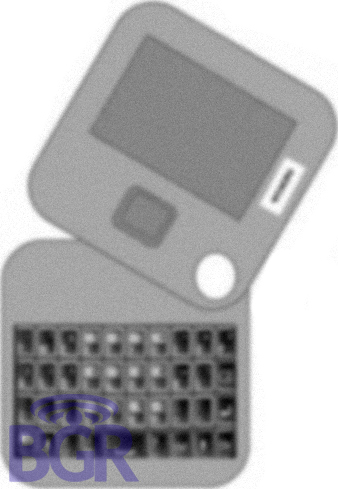 Check out that mock-up over to the right; now, imagine the Nokia logo floating around on it somewhere, with a little “Verizon” badge slapped on the front. All together, it’s a Nokia-made S40 QWERTY swivel handset for Verizon. Think that’s sounds crazy? Don’t worry – so does everyone else. Well, except for Nokia and Verizon, it would seem.

First word of this Sidekick-esque handset came from the Boy Genius early Easter morning. We were a bit busy gorging ourselves on every Rollo, Snickers, and bite-sized chocolate bunny in sight – but Engadget ran with the story, and got a handful of folks claiming to have seen this phone in all of its plastic glory.

On the crazy scale (which, as all quality crazy scales do, goes to 10), this one’s an 11 – but with batches of people claiming its legitimacy, we deemed it worth a print. When we inquired on the matter, our generally talkative Nokia sources just returned blank stares – whether that’s because they’ve got something they’re not allowed to discuss or they simply had no idea what we were talking about, we’re not sure.