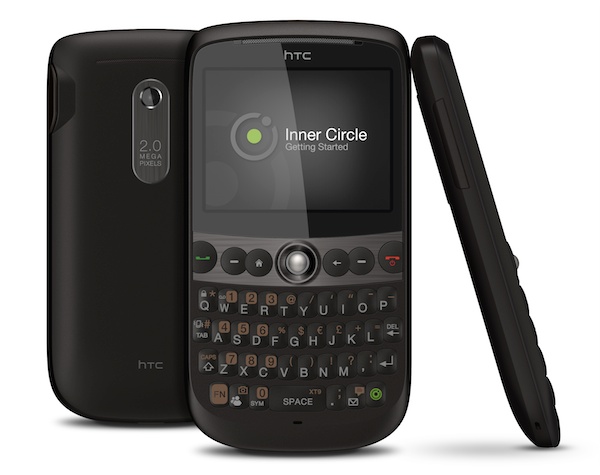 Contrary to what Facebook friend counts may lead you to believe, most people really don’t have hundreds upon hundreds of friends. Sure, they may know some absurd number of people – but according to a study by HTC, about 55% of people really only care about communicating with five or fewer people.

Playing around with this idea a bit, HTC has just introduced a new feature they’ve dubbed “Inner Circle”, which prioritizes messages from a select group of people, granting them special notifications and one-button access. Want to see the e-mails from your mom, your wife, and your kids – but no one else? Tap the Inner Circle button, and they’ll shoot onto the screen.

The first handset to make use of this new functionality is the HTC Snap, which they’ve just announced at CTIA 2009 moments ago. Coming in at an oh-so pocket friendly 11.9 millimeters, the Snap’s packin’ Windows Mobile 6.1 running on 528 Mhz processor. We got a chance to play with one a few hours ago, but cameras were strictly prohibited. We’re off to see it again in a matter of hours, so be on the lookout for hands-on impressions and shots later today. The Snap will launch in “select channels” in Q2 2009, “around the world” in the second half of 2009, and in the US (as the unlocked S522 at 850/1900 Mhz with HSDPA support) sometime this summer.

(Oh – and for the sake of those wondering which one is the Inner Circle key, it’s the green circle on the bottom right of the keyboard.)