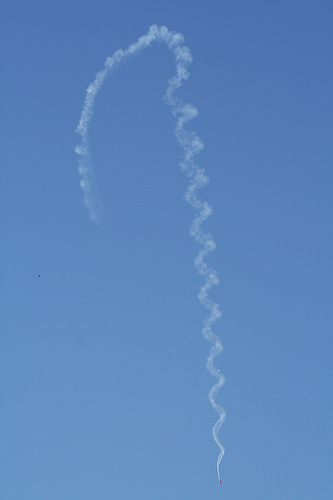 Last year was the worst on record for the U.S. newspaper industry.  Total advertising revenues (both print and online) declined 16.6 percent to $37.85 billion, according to the latest figures from the Newspaper Association of America.  That is $7.5 billion less than in 2007.  Print advertising alone declined 17.7.  Classifieds were down 29.7 percent. And even online advertising was down 1.8 percent to $3.1 billion.

Newspapers are shuttering their print editions, laying off staff, or closing entirely as a result of this severe contraction in revenues brought on by the double whammy of economic recession and competition from the Web. Drilling down into the fourth quarter numbers, total advertising dollars shrank 19.74 percent, making it the tenth straight quarter in which revenues have declined, and the sixth straight quarter in which the rate of decline has been accelerating:

The table below shows both online and total (print and online) advertising revenues for the newspaper industry for each quarter of last year.  The “total” column below includes both online and print revenues

And here are figures for annual newspaper advertising revenues for the past five years.  The newspaper industry is still huge, but the print portion is just getting decimated. Meanwhile online revenues still account for less than 10 percent of the total (8.3 percent, to be exact), and even those are facing challenges.