Hulu jumped two spots to become the fourth largest video site in the U.S. in February, according to the latest data from comScore VideoMetrix. Hulu drew an audience of 34.7 million people who watched 332.5 million video streams. That is a 42 percent increase in unique U.S. visitors, up from 24.5 million in January, and a 33 percent increase in streams, up from and 250.5 million streams.

In a single month, Hulu overtook Viacom and Microsoft in total viewers and video streams (see January data). And Hulu is catching up to No. 3 video site Yahoo, which streamed 353.5 million streams in February. Fox Interactive (MySpace) was No. 2 with 462.6 million streams. And YouTube once again blew everyone else out of the water with 5.3 billion streams.

Hulu is really becoming a major force in online video. Since comScore started measuring last May, Hulu has grown the number of videos it streams by 277 percent, and its audience has grown 410 percent. Nielsen VideoCensus data shows similar growth in streams (see second table below). 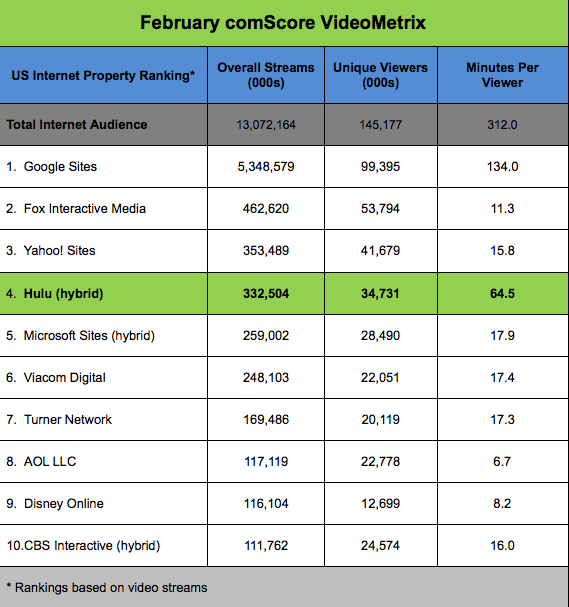 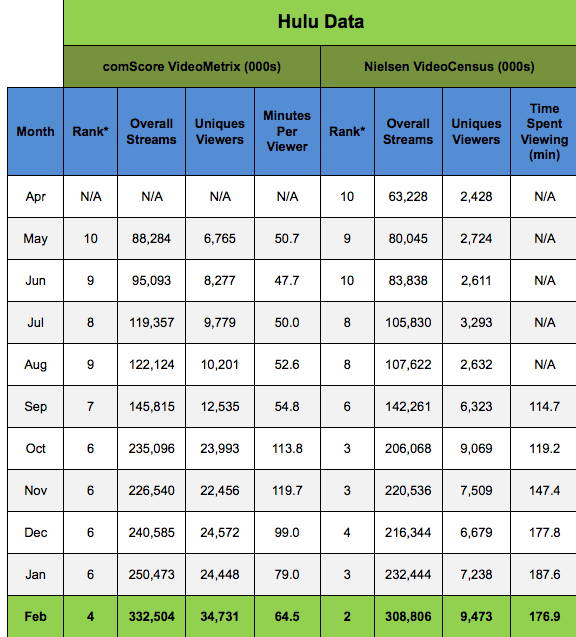