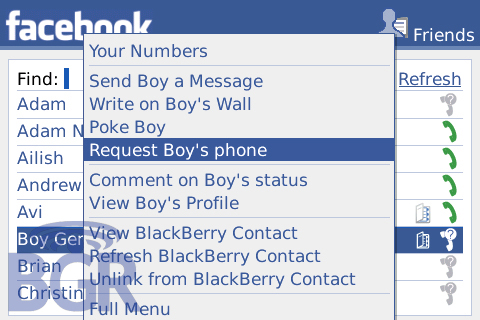 It’s been 17 long months since the Facebook application launched for BlackBerry, and not much has changed since. A stability update here, bug fix there – but that’s about it.

The BoyGeniusReport got their hands on the upcoming 1.5 release of the BlackBerry application, and it’s bringing a few new features to the table. Nothing earth-shatteringly huge and they’re saying the UI desperately needs an overhaul, but hey – new stuff!

No word yet when the app will be available to everyone, but it looks like things are pretty close to wrapped up.