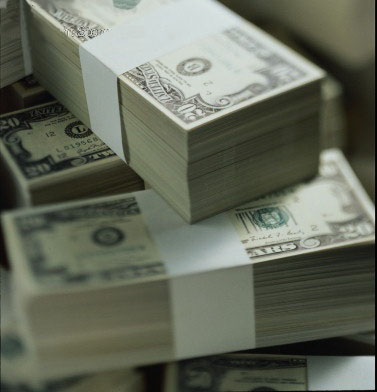 Thomas Friedman is a very smart man and a very good writer. He’s certainly sold more books than I ever will. But in reading his latest column arguing $20 billion in bailout money should go to VCs not auto companies, one thing was crystal clear: This man doesn’t live in Silicon Valley. Has he even ever visited?

I totally agree we shouldn’t be bailing out “loser” companies and industries. Car companies should be going bankrupt, and their stockholders and bondholders should lose their money for betting on an industry that clearly wasn’t adapting and was spending like drunken trust fund kids. (Trust me, they’re worse than sailors.) Yes, the inevitable job losses will be hard to absorb. But these companies will fail eventually, so you’re really just stalling when it comes to the pain, and inevitably dragging out the recession longer—especially in areas like the rust belt that were hurting before the recession hit.

My above views are precisely why I live in Silicon Valley: A place that not only lacks an artificial reverence for an old stodgy company, it actually celebrates when a younger, nimble startup takes it down. How, could Friedman get why the Valley continually creates strong multi-billion dollar companies and then turn around and propose a government subsidy for us? Investments in agencies like DARPA are one thing, but government subsidies are crutches for non-performing industries. And hit by the recession or no, Silicon Valley doesn’t want or need that crutch.

Before we get into the economics of his argument, let’s start with the facts. Friedman writes, “Call up the top 20 venture capital firms in America, which are short of cash today because their partners — university endowments and pension funds — are tapped out, and make them this offer: The U.S. Treasury will give you each up to $1 billion to fund the best venture capital ideas that have come your way.” Um, venture capital firms are not short on cash. Far from it. The precise problem with the venture industry is too much cash in fact, especially given increasingly paltry returns.

Yes, investors in VC firms are pulling back and some are even reportedly defaulting on capital calls. But this is after a bubbly run-up where a boutique industry exploded. In the last fifteen years, the amount of money pouring into venture capital has more than doubled. Look at returns: The industry is having a hard enough time investing $30 billion a year. Another $20 billion from the government? Are you kidding?

What’s more, there was never a shakeout in venture firms after the year 2000 crash—it’s only now working its way through the system. So the firms that may be finding themselves short of cash? Those are our own version of the “loser” firms – to borrow Friedman’s phrase—that should be shaken out of the venture economy. Not only do the top 20 venture firms have plenty of money, the top 100 firms could find a way to raise more capital if they needed to. But odds are they don’t, because funds work in multi-year cycles, and not everyone is forced to fundraise in 2009.
In short: The core assumption to Friedman’s argument just isn’t reality. And call me crazy, but if you are throwing my tax dollars after an industry, shouldn’t the so-called “need” be based on– oh, I don’t know– an economic reality?

Point two: Venture capitalists don’t want a bailout. As stated above, they don’t need the money, and startup rule number one is you don’t give away equity for something you don’t need. Friedman proposes VCs would give the government 20% of the proceeds from an IPO or acquisition and keep 80% for themselves. [UPDATE: Apologies, watching Oscars and accidentally swapped the percentages! 80% for taxpayers, 20% for VCs. More of a sucker’s bet.] He ignores carve outs for employees and founders in this equation, which cuts down the VC take further.

Given how rare it is to have a bona fide Google-style home run these days as many of the core tech markets that have been the golden geese of venture capital mature—why on earth would a venture capitalist give up 20% of the next Facebook over a silly little thing like needing more capital? As a Facebook (and more recently Twitter) well knows, no matter what the market is doing a scorching-hot startup can always find money. Bailouts are by nature adverse selection: The only people that would take the government up on this deal are companies who are the GM-versions of startups and venture firms.

Friedman further says in the column that “Bailing out the losers is not how we got rich as a country, and it is not how we’ll get out of this crisis.” Agreed. But what country got rich by bailing out winners? Is that even a concept that makes sense? I can’t imagine a greater a waste of shareholder money than giving it to people who don’t need it and aren’t asking for it. At least when it comes to the car companies, we’d be (temporarily) saving jobs.

Most shocking to me, Friedman invoked one of the most repeated Valley mantras to prove his point when he wrote, “Some of our best companies, such as Intel, were started in recessions, when necessity makes innovators even more inventive and risk-takers even more daring.” Mr. Friedman: Read the second half of your own sentence again. The reason recession-born companies are so inventive and daring is because founders are forced to work within constraints, precisely because it is harder to raise capital. Nothing kills a great idea like too much cash. Unless it’s a flood of too much taxpayer cash, because then we all lose.

I think all taxpayers should be grateful that President Barack Obama spends more time in the Valley than Thomas Friedman. I know I am.