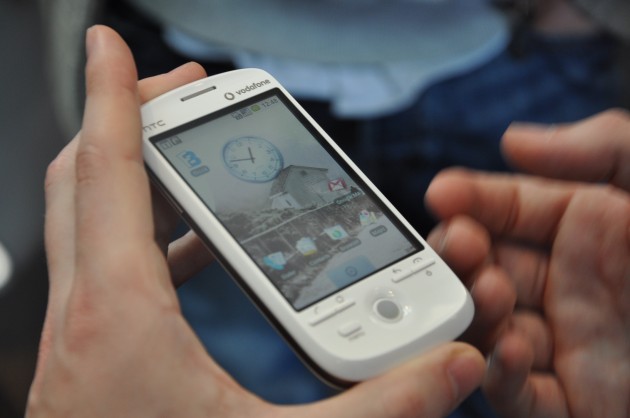 It wasn’t quite final hardware (the face buttons are slightly different – a bit larger and round) and we weren’t allowed to touch the thing, but we just got back from spending a bit of time with the second-ever Android phone to make its way into a carrier’s line up. The HTC Magic, essentially a polished up and physical keyboard-less G1, totes a 3.2 megapixel camera, 3.2″ HVGA (480×320) capacitive touchscreen, on-screen keyboard, and all of the Google-powered services we’ve come to know and love with Android. Read on for our impressions.

Update: We just got to spend a bit of actual one-on-one time with the Magic, and walked away with a few more things to say.

We’re hoping to get a bit of one-on-one time with this one before we leave Barcelona – we’ll update you if our impressions change once we’ve actually pawed at it.