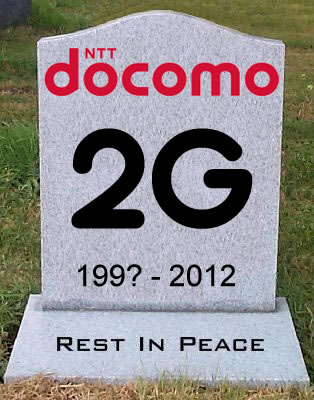 Saying goodbye to that “special someone” is never an easy thing to do, especially after many years have passed.  But, when the time comes, it’s best just to try and move on.

Take today’s NTT DoCoMo announcement that it will be shutting down its 2G cellular network by March 31, 2012, for example. By the end of 2008, only 12% of its users were still rocking second-gen mobile phones, leaving a whopping 88% having already jumped on the 3G bandwagon.

Clearly NTT DoCoMo understands the circumstances and has decided to break things off before it gets any worse.  The Japanese mobile giant will offer the last few 2G stragglers incentives to get out of the stone age upgrade before the old service is shut off in 2012.