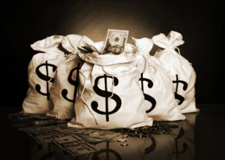 PEHub has reported a handful of new unannounced funding rounds based on recent SEC filings. Included among them are ancestry site Geni, which raised $5 million in Series C funding with investors including Charles River Ventures and Founders Fund. Geni’s team, which includes former PayPal exec David Sacks, is also behind TechCrunch50 winner Yammer, a Twitter-like service for businesses. We’ve reached out to Geni to confirm the news and will update this post once we do.

Update: Sacks has confirmed that Geni raised the $5 million round, and has also told us that Yammer has raised a $5 million Series A round.

Also included in the report is GoodGuide’s Series A round of $3.73 million with investors including Draper Fisher Jurvetson and New Enterprise Associates. GoodGuide, another TechCrunch50 company, is building a database of consumer products that gauges how ‘good’ they are with respect to safety, the environment, and the community. The news was confirmed by VentureBeat.

Other investments reported include a $6 million round for Return Path with investors including Union Square Ventures, Mobius Venture Capital, Sutter Hill Ventures and Western Technology Investments. For more, check out the PEHub story.