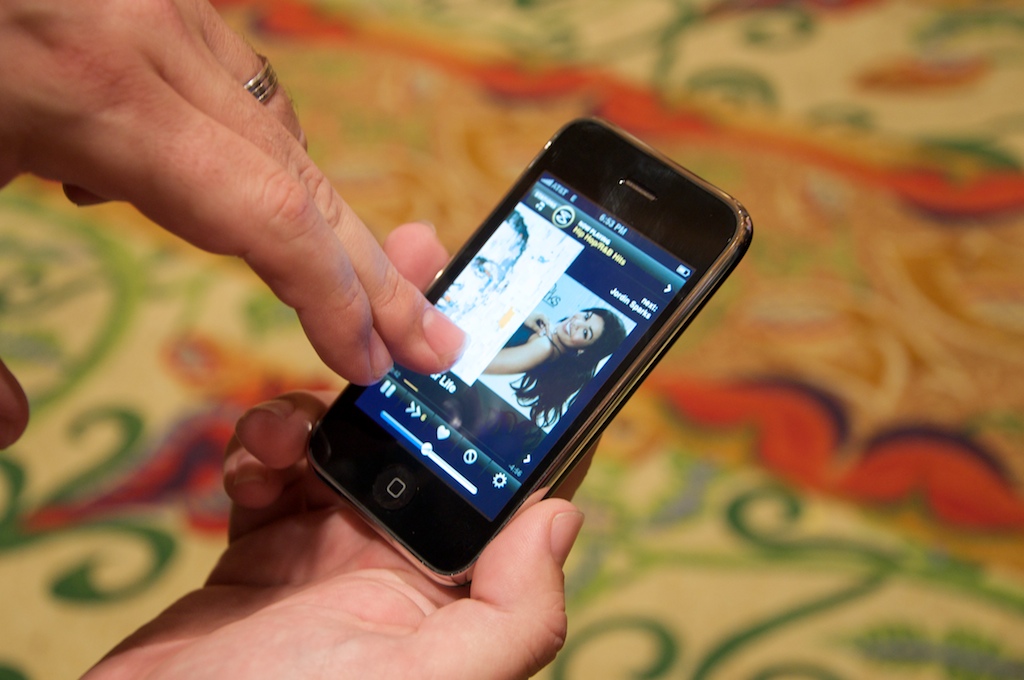 Hungry for some Slacker streaming radio on your iPhone? The BlackBerry app just became available earlier today, and it looks like they’re already prepped to go live on Apple’s finest. We ran into a Slacker rep tonight at the ShowStoppers CES event, said some magic words, and were presented with Slacker for iPhone in all of its glory – and we’ve got the screenshots to prove it.

According to the rep, the iPhone Slacker app could be on the App Store “as soon as tomorrow” – which could just as well mean months from now. As we’re now quite accustomed to hearing, the ball is essentially in Apple’s court; once they give it the greenlight, it’ll go live. It won’t feature the battery-saving song caching that the BlackBerry app has claimed as an exclusive, but it’ll have at least one feature exclusive temporarily: “Fine tuning”. Once you’ve got your streams set up, you can tell the application to adjust the stream based off of your favorites, the song’s popularity, and how recently the song was released[PSGallery=1moi7y696c]