SoundPedia, a Pandora-like music startup that launched back in 2006, just got a brand new UI that puts its dated interface to shame. It’s too bad it may never see the light of day.

The site, which we once described as A Decent Pandora Substitute For International Listers (Pandora is US-only), has turned into a prime example of what can go wrong when founders lose interest, ownership changes hands, and thousands of miles separate designers from developers.

In early 2008, SoundPedia’s founders decided to take a lesser role in the company and sold a 40% stake to the Amaru Group, a marketing boutique that was looking to capitalize on the site’s steady traffic (130k monthly uniques and 1 million monthly page views with an average 17 minute engagement time) as well as the targeted demographic that the site had naturally attracted. In particular, Amaru’s Jesus Diaz Jr. says that his company was looking to redesign the site to make it more appealing to hispanics in the 18-24 year old urban audience which constituted most of the site’s traffic.

So the Amaru Group set to work, and crafted the new design which you can see in the screenshots below (you can even visit a partially-functional beta of the the site here). But when it came down to actually implementing the design onto the SoundPedia homepage, Diaz says that there was a disconnect between his group and the site’s co-founder and lead developer, who is located in Singapore and is mainly concentrating on other projects.

Now it sounds like Diaz’s company has run out of patience, and along with the site’s other major shareholders will be putting SoundPedia up on the auction block, with plans to post it on Sedo on February 1st. Diaz says that because the site is turning a profit (though it sounds relatively modest) his group will keep it operational until it can find a buyer. It may be able to retain its audience for a while, but with no new features it will likely stagnate and die against the increasing competition. We’re putting SoundPedia on DeadPool watch for now. 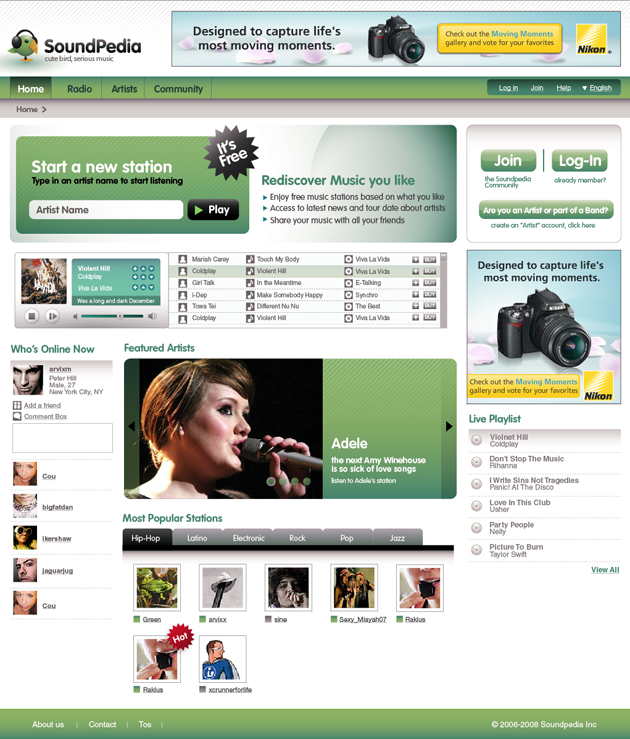