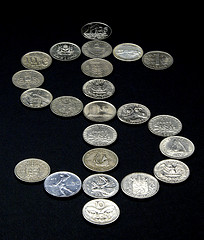 Application platforms, broadly defined, are here to stay. Facebook’s platform, first launched in 2007, now has tens of thousands of applications. MySpace, which mostly relies on Google’s OpenSocial platform, has 4,500 apps available to users, and 211 million applications have been installed. The iPhone, which only launched its App Store in July 2008, has more than 10,000 applications, and they’ve been downloaded 300 million times.

These application platforms may even become a significant platform for more mainstream PC usage. Android is now being hacked to work on netbooks, and we believe Apple has plans to release a large form factor iPod Touch running their App Store platform. It’s not inconceivable that Microsoft would build this type of software distribution mechanism directly into Windows in the future.

But there’s a big gaping hole in all existing platforms. None have a direct payments platform to let applications collect micropayments from users.

Today app developers on Facebook and MySpace can create revenue by showing advertisements at very low CPMs. On the iPhone/iPod, developers can also charge for applications at the time of sale.

Both of these are great ways to make some money on software. But the third leg of the stool, micropayments for things like virtual gifts and other things, has been largely ignored to date.

There are Facebook applications that have found a way around the problem by using third party payment services. Spare Change (powered by PayPal), Social Gold, Zong and other services let users move cash into the system, and applications like Mob Wars have gathered as much as $1 million per month from micropayments.

All three services have promised that direct micropayments are coming. Facebook promised the product would be released by September, but it never came and it is clearly on the back burner for now. MySpace announced their product in November 2008, but won’t way when its coming.

My guess is neither MySpace nor Facebook will launch a direct payments platform. There’s just too many headaches to deal with – fraud, chargebacks and security issues bring real costs and real liability. Duplicating PayPal’s infrastructure just isn’t cost effective.

Both will likely partner with a third party or parties to bring an approved service. They do this with other services (both Facebook and MySpace outsource classifieds to Oodle, for example). They don’t have to bother with building anything, and they can try to get a cut of the fees generated.

Apple, though, will almost certainly do it themselves. They’ve already built out the basic payments platform through iTunes. Adding in payments for services won’t be that much additional work.