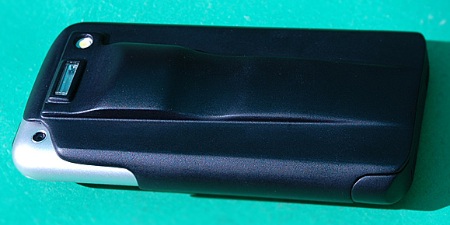 Sick of the lack of flash on the iPhone? No, not that flash – the other one. The one for pictures. Snapture has come up with a new solution: the SnaptureFlash, a slip-on case with a Xenon flash built-in. While the idea is novel, the execution isn’t without its faults.

The most debilitating issue: in order to actually make use of the flash, users need to first jailbreak their iPhone. Now, this is already a fairly niche product; while it’s certainly useful, I can’t imagine that the majority of iPhone owners would bulk up their handset so significantly for the sake of flash. Of those who would, the percentage of people open to (and technically capable of) jailbreaking their handsets is likely quite small. This really needs to work sans-jailbreak to be a feasible product. That would require Apple’s seal of approval and a few modifications to the API limitations developers face – chances are, that’s not going to happen.

Snapture hasn’t yet found a manufacturing partner to push these things out, so no word on pricing just yet.