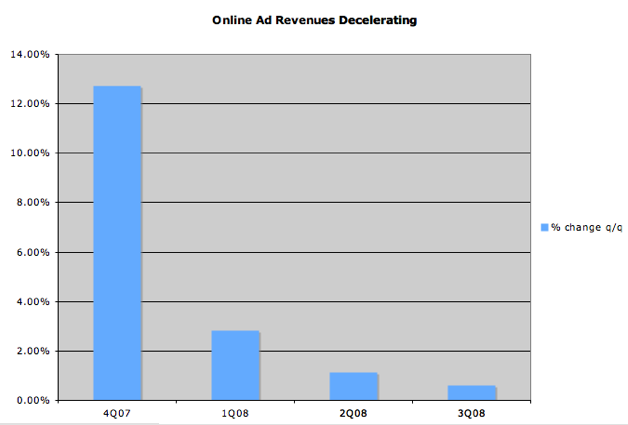 On an absolute basis, the combined ad revenues for all four companies during the third quarter increased by only $50 million to $8.2 billion. The year-over-year growth rate was still a healthy 18 percent, but those comparisons will likely flatten out as well starting in the fourth quarter.

For the purposes of this analysis, I took the total advertising revenues from both Google and Yahoo, including their network revenues paid to affiliates, the online revenues reported by Microsoft, and only the advertising portion of AOL’s revenues. There were other companies I could have added, but these four serve as good proxy for the overall online advertising market. Below are the absolute revenue numbers, broken down by company: 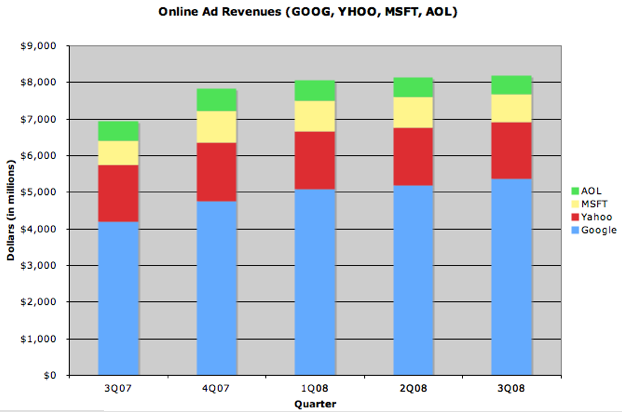