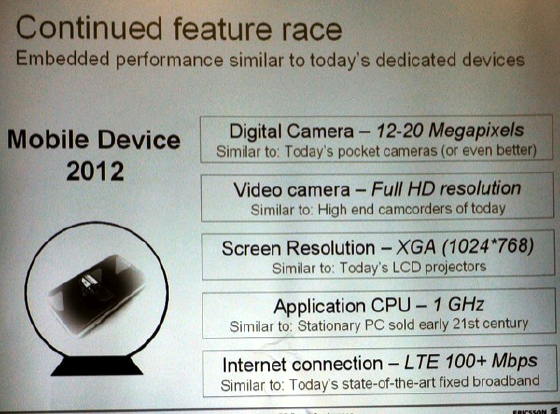 Ericsson has big plans for cell phones – big plans. Ultimately by the 2012, the company sees 100+ Mbps connection with 12-20MP cameras as you can see by the chart above. Plus, your lowly phone will be able to record HD video and sport a 1GHz CPU. So in less than four years all this is suppose to happen, Ericsson? M’kay. The megapixal camera is within reason, and even the HD video part doesn’t seem that wacky within four years, but while Euro snobs and Japanese tech geeks might see the fast data speeds, chances are we here in the States will not see those quick speeds before flying cars.