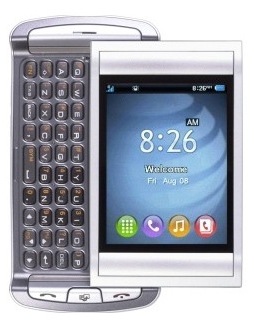 I can’t quite put my finger on it, but “Knick” just seems like such a weird name for a mobile device. Well the UTStarcom Knick, which MobileCrunch briefly knicked a couple of weeks ago, is officially going to AT&T and will be branded as the Quickfire.

Yeah! That’s more like it! It sounds like when a cowboy pulls a gun out of a holster and shoots it really fast! Alright! Pew, pew! It doesn’t sound like a lone member of an underperforming New York sports team anymore. Pew, pew, pew!

According to PhoneNews, the Quickstar will likely launch later this month for $99 with a two-year contract.