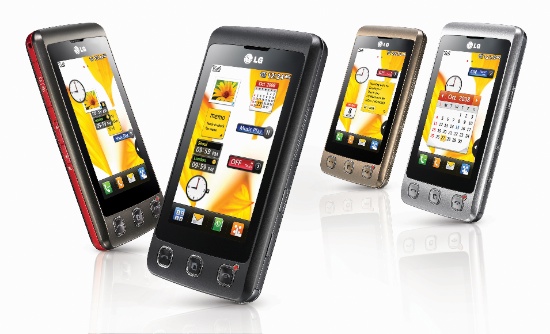 LG announced the KP500 this morning, which they’re touting for it’s “affordable introduction price”. They’re not actually, you know, telling anybody what it’ll cost – just that it’ll be “attractively-priced”.

For a supposedly budget-friendly phone, the specs they’ve disclosed so far aren’t too shabby. It’ll have quad-band GSM radio, a 3 megapixel camera, motion sensing of some sort, and a 3″ touchscreen display. It’ll be offered up in “Vandyke” brown, “Anodizing” silver”, “Elegant” gold, or “They couldn’t come up with an exciting name for black” black.

Whatever the price may be, the KP500 is prepped to hit Europe at the end of October, making its way around the globe thereafter.

Check after the jump for a video demo of the UI.