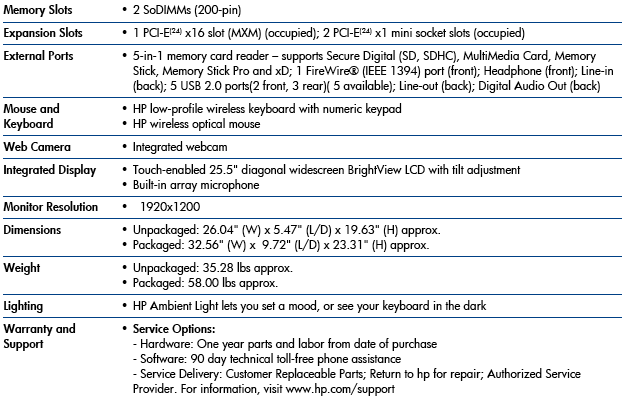 After Facebook rolled out v1.1 of their iPhone application, they promised that a bigger, badder v2.0 was in the works for September. They cut it pretty close, but they’ve kept their word. Just a few hours ago, the second major release of the Facebook application hit the App Store, bearing a whole new user interface and a slew of fresh features. With this latest release, they’ve managed to pack just about everything Facebook has to offer into a neat and native mobile interface.

While previous releases of the Facebook application supported the News Feed feature, only mobile photo uploads and status updates were displayed. In version 2.0, the News Feed has been completely overhauled to match item-for-item with that of the site itself, throwing news posts, relationship and interest updates, and all photo uploads into the mix. Furthermore, users are now able to comment on any given bit of news, or limit the feed to only the categories they wish to peruse.

Notably limited in the original release, much of the photo-oriented functionality of the site has made the jump over. Where as previous versions were confined to the most basic of upload options, v2 supports captioning, tagging, and the posting of photos to the Walls of your cohorts.

Moreover, digging through for that specific person or top secret love letter has been made far less taxing, thanks to the addition of people and inbox searching. Once you’ve found the person you’re looking for, you’re now (finally!) able to send them a friend request. Last to be mentioned but perhaps the most important for some, the application has been polished up on the stability and efficiency fronts, which they claim will be especially obvious if you run with a massive e-crew.

Even as a fairly regular user of the initial release, I’ve yet to find anything to complain about in this newest one. The interface is clean and buttery, and all of the functionality I’d found myself trekking over to the nearest standard browser for has made its way in. It doesn’t have support for Facebook apps, which I view as a good thing; even be it that the number of existing limitations that would prevent or dampen that could be circumvented, a significant portion of applications would be little but annoyances when on the go.

Coming in at the always welcome price of free, Facebook v2 is more than worth the few seconds required to upgrade. Grab it over here. [iTunes Link] (Note: According to comments, Facebook might be having a rough time handling the onslaught of iPhone users, preventing some folks from logging in. If you can’t live without Facebook at your side, you may be better off waiting a day or two to upgrade.) 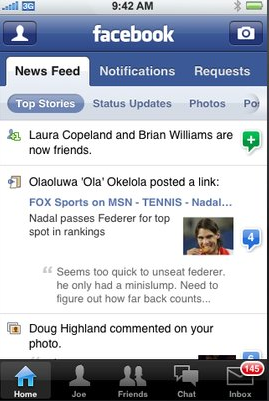 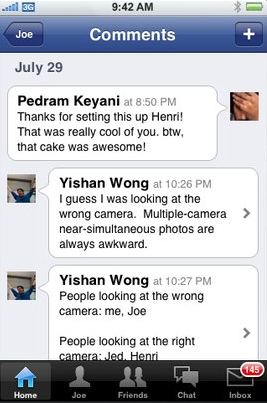