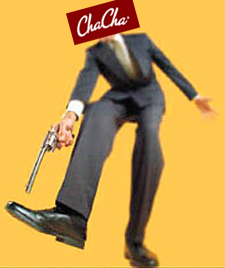 ChaCha used to be a ridiculous human powered web based search engine that’s best use appeared to be for killing time when bored.

They raised a boatload of money from Jeff Bezos and others and eventually switched to an all-mobile interface. They also began offering their platform to third party marketers.

But now there are indications that the company is having cash flow issues, even after a recent pay cut to guides. As before, the information is coming from their poorly-paid and poorly-treated human guides.

Employees are simply not being paid, says one guide, asking to remain anonymous. And he sends several screen shots of ChaCha’s internal forum for guides, which show dozens of complaints about slow or non-existent payouts. A selection of comments:

I have been with ChaCha since the end of July and still haven’t gotten paid. I’m not even getting the runaround because I’m not getting a response from anyone…I have kids to feed and need to be paid. I’m not even tripping about the cut in pay…

I became a guide on August 6. I submitted my paperwork that day and then faxed my signature card on August 18. I heard nothing. I email FIB on August 28 and they wanted utility bills as I have a P.O. On the 28th of August I emailed them again as I had heard nothing. I still have no account!

ChaCha doesn’t seem to care about taking care of their Guides, which is really sad. It’s only due to our work, they are able to grow and make money. You think ChaCha would take better care of us. It’s pathetic to see them spend so much time on stupid hot minute contests and such things, while they don’t take a single second out to help us guides who are long past getting paid what we worked hard to earn.

For the love of God. It’s been 5 weeks and no pay me now button. No response, no anything. What’s going on here? I want my money. Can I get any help at all?

I have been waiting an extremely long time for them to get back to me over my earnings which I WANT NOW! And I am thinking about small claims because I contacted them MORE THAN enough times for them to respond, and gave them soo much time.

The comments go on. The guide who sent them to us also says the complaints are being deleted from the forum almost as fast as he can take screen shots. 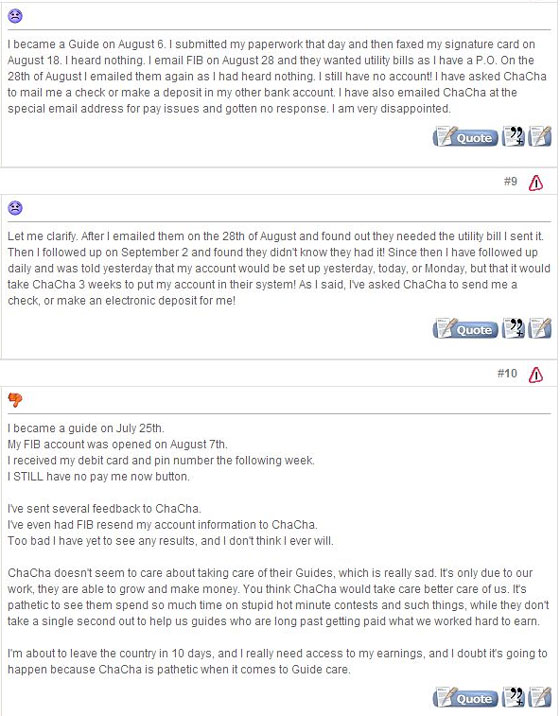 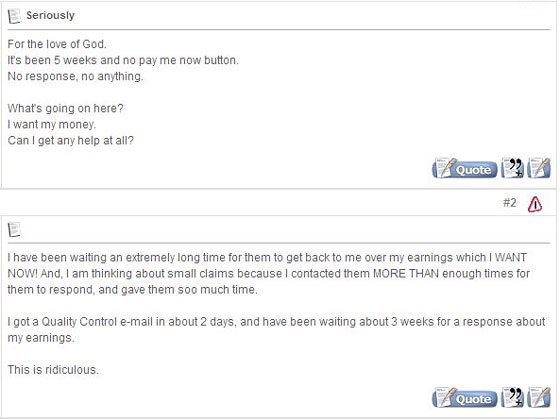