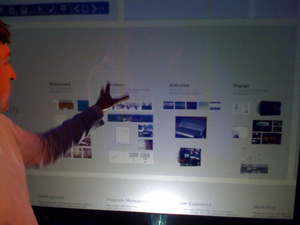 Bill Gates will demo a new multi-touch computer and interface today called TouchWall at the Microsoft CEO Summit in Redmond.

TouchWall refers to the touch screen hardware setup itself; the corresponding software to run TouchWall, which is built on a standard version of Vista, is called Plex.

TouchWall and Plex are superficially similar to Microsoft Surface, a multi-touch table computer that was introduced in 2007 and which recently became commercially available in select AT&T stores.

In a demo yesterday, though, Microsoft Office Labs GM Chris Pratley and Director of Envisioning Ian Sands said that the two products are completely different. Surface is a multi-touch and vision system that uses cameras to sense what is on the table, where it is and what it is doing. It can determine, for example, if a cell phone is on the table and then interact with the phone in a variety of ways, such as pulling photos off of it (see video here).

TouchWall is a fundamentally simpler mechanical system, and is also significantly cheaper to produce. While Surface retails at around $10,000, the hardware to “turn almost anything into a multi-touch interface” for TouchWall is just “hundreds of dollars” says Sands.

TouchWall consists of three infrared lasers that scan a surface. A camera notes when something breaks through the laser line and feeds that information back to the Plex software. Early prototypes, say Pratley and Sands, were made, simply, on a cardboard screen. A projector was used to show the Plex interface on the cardboard, and a the system worked fine (I’m trying to get Microsoft to release photos of the cardboard prototype, no luck so far).

The TouchWall system I was able to test yesterday consisted of a PC running Vista and Plex, a 4×6 foot plexiglass screen, a rear projector, a infrared camera and the three infrared lasers. As you can see in the video, it worked, and well:

Sands showed a number of activities in the video – scrolling though mixed media on a desktop with his hands, infinite zooming in and our, playing media, and even using a drawing tool to turn the entire screen into a whiteboard.

Microsoft is quick to say that they have no current plans to productize and sell TouchWall. But the potential of the system is obvious – Prately spoke animatedly about a future where the computing experience is less monitor/keyboard/mouse and more like an architect’s desk, with user input primarily directly on the screen and via voice commands, with keyboard/mouse type input used more for data entry or office type editing tasks.

TouchWall certainly isn’t the first multi-touch product we’ve seen (see iPhone). In addition to Surface, of course, there are a number of early prototypes emerging in this space. But what Microsoft has done with a few hundred dollars worth of readily available hardware is stunning.

It’s also clear that the only real limit on the screen size is the projector, meaning that entire walls can easily be turned into a multi touch user interface. Scrap those white boards in the office, and make every flat surface into a touch display instead. You might even save some money. 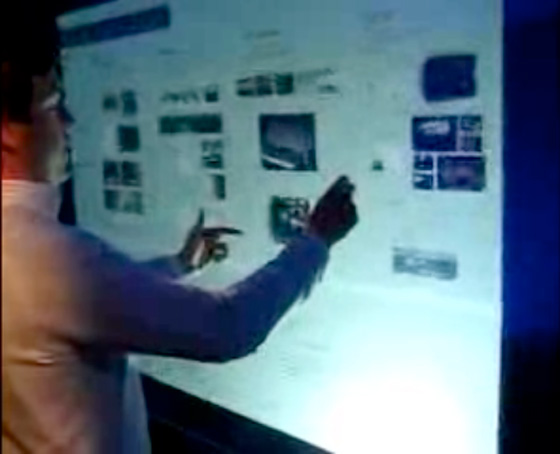 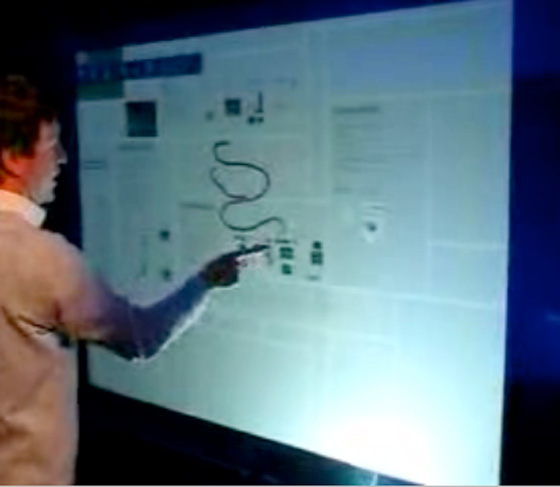 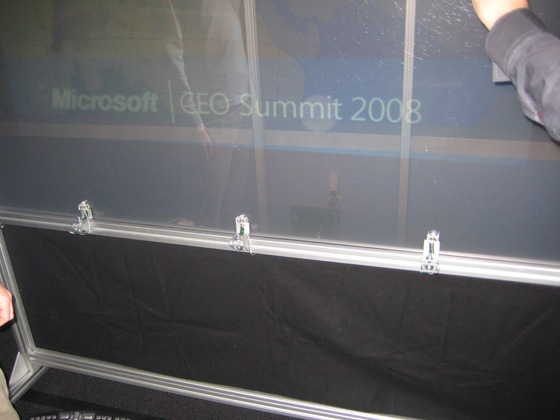 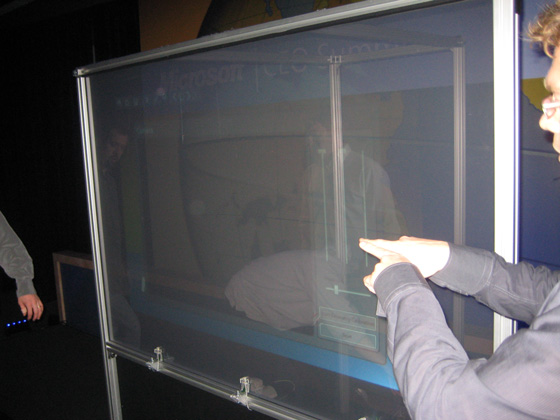 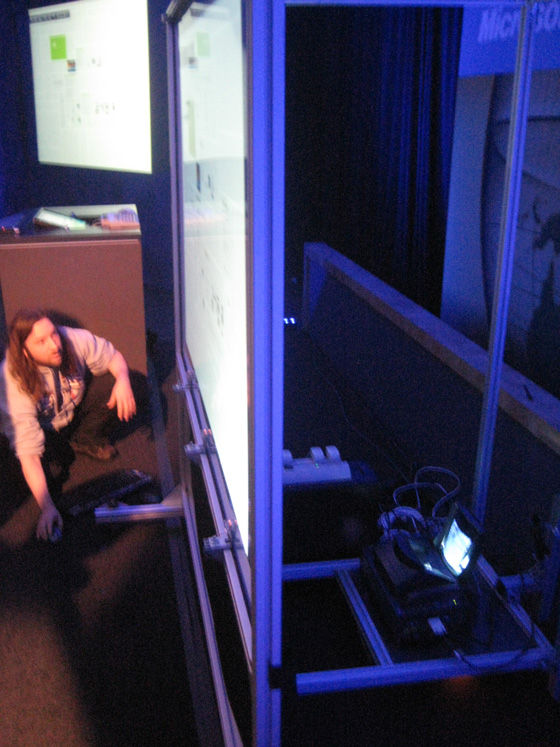 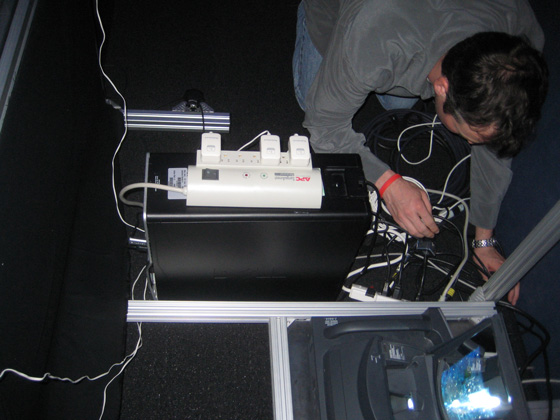