Publish2, the stealth Digg-Clone-For-Journalists that announced a fundraising this morning, is being very quiet about exactly what their product is and how it works. In an interview last week they told me only friends and family were testing it.

Well, it turns out “friends and family” is fairly expansive term in their book, and includes a lot of people who are quite willing to talk about it. As we said, Publish2 is a Digg-like site where anyone can submit links but only journalists can vote those links up and down. It also has a private research feature that lets journalists bookmark items without sharing them. “It’s like Delicious,” said one person testing the service, adding “I would never use the public part of the service, I’m too competitive to share my research with other journalists.” 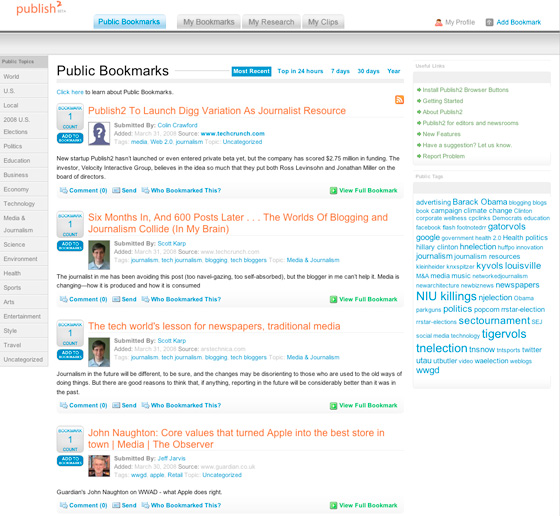