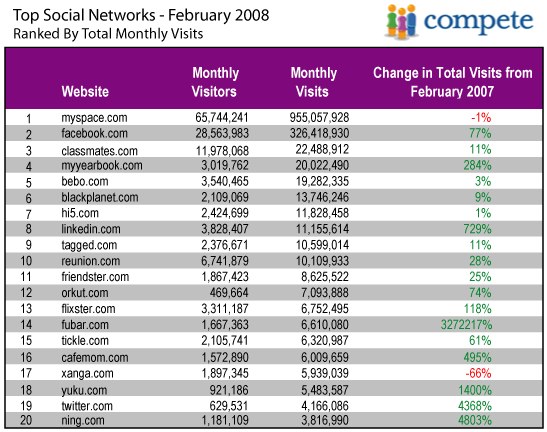 New social network traffic figures released by Compete show that Fubar, billed as the “first online bar and happy hour” is the fastest growing social network, having increased its traffic by 3,272,217% over the 12 months to the end of February 2008, placing the network at 14th on the list of top 20 social networking sites (chart as shown).

Year on year MySpace hasn’t grown at all, managing to lose 1% of traffic compared to Facebook with 77% growth.