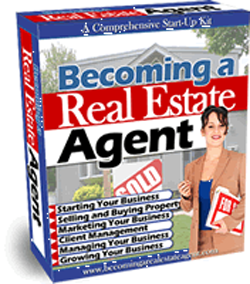 In an interview with 60 Minutes, Redfin CEO Glenn Kelman said that “Real Estate is by far the most screwed up industry in America.” That may or may not be true, but one thing is certain: a lot of people have had negative experiences with realtors and wish there was a better way to buy and sell houses.

And whenever we write about how screwed up that industry is, the realtors come out and start trolling in the comments. The profession seems to attract a fairly outgoing group; individuals that like the sound of their own voice. That may explain the success of Active Rain, a blogging platform for real estate professionals. It launched in June 2006, and by March 2007 had 20,000 bloggers, 12,000 of whom were real estate agents.

Now the service is in litigation with Move.com, a company with a collection of websites (including the official site of the National Association of Realtors). In late 2006 ActiveRain entered into discussions to raise money or be acquired by Move.com. In January 2007 the two companies signed a nondisclosure agreement. Two months later Move.com sent Active Rain a letter of intent to acquire the company for $30 million, although it isn’t clear that either side actually signed the letter and made it binding.

Then things started getting interesting.

According to a lawsuit filed by Active Rain, Move.com kept telling the company the acquisition was on track, and also kept asking them for lots of information about their business. Active Rain said they complied, occupying weeks of the owners’ and officers’ time. Move.com supposedly told Active Rain that the deal had been unanimously approved by Move.com’s board of directors and that the closing was contingent only on the tweaking of a few minor details.

Then the coup de grace: Move.com asked Active Rain for, effectively, a database download, including “highly sensitive information about its members and its network.” On May 3, 2007 Active Rain complied and sent the data.

Within “hours” Move.com notified Active Rain that they were pulling out of the deal. A few days later Move.com announced that they were “rolling out free blogs for realtors” and competing head on with the service. A press release on the new product was issued in August.

The $33 million lawsuit is pending. Move.com filed a answer denying some of the claims and demanding a jury trial.

There isn’t much more to go on at this point. Active Rain look like absolute fools for trusting Move.com with their core customer information before a deal was locked up, and Move.com look like serious jerks. It will be fun to see how this sorts itself out. Meanwhile, the good guys continue to disrupt the whole shady realtor business model. I hope, in the end, they win.