The upcoming Orkut redesign prompted us to check out Orkut’s page view numbers according to Comscore. 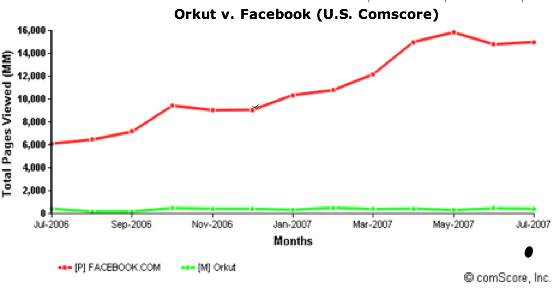 But, wow, take a look at the worldwide Comscore numbers – Facebook doubles to 31 billion monthly page views, but Orkut jumps all the way up to 38 billion (we’ve also included some of the other big social networks for comparison in this chart): 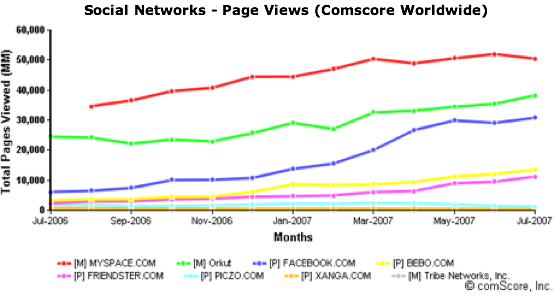 Not that it adds much to the conversation, but Alexa agrees Orkut is bigger than Facebook in terms of page views.

Is this accurate? I don’t know. Compete barely shows Orkut as existing, let alone anywhere near Facebook’s traffic. But Orkut is famously popular in Brazil and other Non-U.S. countries. Perhaps, somehow, it is actually a social networking heavyweight.