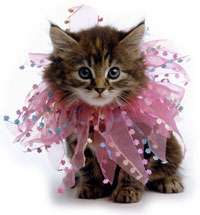 The domain after-market is nearly as old as the internet itself. From domain and typo squatting through to legitimate ownership, the market for domain names has risen and fallen in line with the overall market.

1999 was regarded by many to be the peak of Web 1.0 and likewise 1999-2000 was the previous peak of domain sales. News June 21 that Business.com is on the market for $400million shone the spotlight on the domain sales marketplace again. For domain sellers it’s a party again like 1999.

Last week some $10million changed hands at auction for domain sales, with 16 domains being sold for 6 figures. Free Credit Check.com & Credit Check.com sold together for $3million, although as the DomainTools Blog points out this was at a relatively low multiple of around 7x yearly earnings. Seniors.com sold for $1.8 million and even Blogging.com raised $135,000. The exuberance in the market even extends to the spam infested .info domain, with Houston.info selling for $17,000.

Ultimately it’s up to the market to decide the value of anything; however the domain sales market appears to be outperforming the established site marketplace. Buyers of domain names seem willing to pay much higher multiples for a domain name than the buyers in the established sites marketplace are. A good domain name may have a wealth of untapped potential yet many of these domains are used by buyers as nothing more than spammy CPC advertising front ends powered by Google Domain Parking, Sedo and other similar providers.

It would be easy to suggest that the buoyancy in the domain market is indicative of an overall market boom that may inevitably lead to a bust, however the signs in the rest of the market would not suggest that this is the case. The money flooding into domains today is sustained by advertising that wasn’t as prevalent in 1999; the same advertising that sustains much of Web 2.0. Given that internet advertising still only makes up only around 7.0% of the overall advertising spend there’s still a lot of room for growth.. Whether domain name sales rates can stay at this high level though is yet to be seen. I’d think that they are getting close to a peak; the question is will prices plateau or decline once the peak is reached? Certainly if any readers are sitting on some great domain names, there has never been a better time to sell.